A few weeks ago Hubbie and I found ourselves traveling to Prague for a quick weekend of touring before a work project began.

All was going just peachy for the first 11 hours of our first flight…until we realized we were landing very late. And our already tight layover time…was now super-duper tight.

Which led to those airport moments…in those looooong corridors… 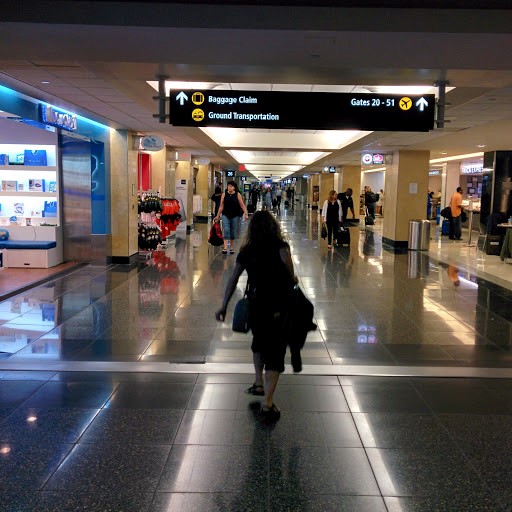 …running as fast as we could, our carry-ons jostling all over, just missing the train to our next terminal, finally getting to the gate as sweat poured down our backs, realizing – miracle of miracles! – we made it! Hurray!

And then we landed and had that other moment…when we realized that, while we had made it, our bags…had not.

I will say here that I am particularly bad at lost luggage. 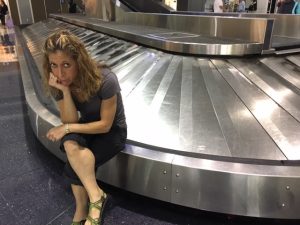 Somehow the items in that bag become my most prized possessions, and I become convinced I’ll never see them again. And it freaks me out.

While I tried to keep it together, the cracks in my superficial veneer burst open by the time we checked into our hotel. I carefully relayed my thoughts and fears to Hubbie:

Hubbie slightly rolled his eyes and replied quickly and logically. Of course the bags will come…and if not, it’s no big deal to shop for part of the day…and why would we waste the rest of today going all the way back to the airport?

These replies? Did. Not. Help. In fact, they made me mad.

While Hubbie was getting right to the solution, I didn’t feel my concerns were being considered. It seemed my feelings were being dismissed.

To put it simply, I didn’t feel heard. (And that eye-roll didn’t help either.)

Were his arguments reasonable? Sure. But they didn’t make me feel better. Because he didn’t start with the three simple words that would’ve made all the difference.

Stick with me. There’s more.

This tiny phrase means much more than just the biological process of someone’s voice making its way into someone else’s ears. It means that the message has continued on to the brain, where it has been comprehended and understood.

Sometimes our greatest need isn’t to have our problems fixed or to engage in a debate where we can prove our point.

Sometimes we just want to be validated. To have someone say that they get what we’re saying or that we have a right to feel what we’re feeling. (To be clear, saying “I hear you” does not mean you necessarily agree. Validation and consensus are two different things.)

Now, before it sounds like I’m unjustly berating Hubbie, let me say that I have missed out on the “I hear you” opportunity myself.  Plenty. Many of us do.

It can happen in all kinds of ways…

It can also happen, like in the Maloney’s great-luggage-caper-of-2017, when someone with the best of intentions is trying to de-escalate a situation and focus on solutions.

When we skip the “I hear you” part…when the other person feels dismissed as a result…there is a huge risk of actually escalating the situation, of making the person downright mad at us.

So don’t skip it. Even if you think it’s not that important to the other person. It might be. And it might make all the difference.

Oh, and when you use “I hear you”…do NOT, under any circumstance, follow it up with the word but…which will invalidate the whole phrase and make things worse. And is a much better choice.

And if “I hear you” is something you yourself need to hear? Then tell other people that. Give them the chance to get these three words under their own proverbial belts.

That’s what I did with Hubbie, who really had been trying his best. And it got us right back on track that very evening…when, as it happened, our bags indeed arrived before 9pm.

And I was reunited with my most prized possessions. 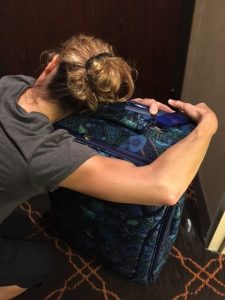