I begin with an admission. The first of a few, actually.

This admission is that there have been plenty of stomach rumblings and tumblings going on inside this body of mine lately. They haven’t felt good.

The reason for them, though, is good. Because they have to do with a new side hustle project that Hubbie and I recently launched…a product we created called MagicWrap.

I won’t get into MagicWrap here, except to say that I’ve been super excited about it…especially when we have a day with lots of orders… 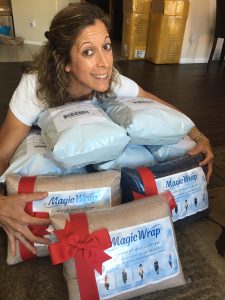 …and there’s a link to info in the PS below. (Don’t go there yet, though, please. There’s more to do here.)

Back to the rumblings and tumblings.

For me, those fears have come hard and fast. Though those orders have been coming with the launch, my idea might still ultimately be rejected…I might lose credibility with my peers…the money we’ve invested might go down the drain.

Admission #2? These fears nearly got the best of me.

Recently, as Hubbie and I considered doing another batch of MagicWraps…as we debated the money and the risks…as we talked about the potential for failure, I considered ending the whole thing.

But, because I believe in this project so much, I continued to debate it. Which is when, as the project’s potential failure came up yet again, the following thought (and admission #3) dawned on me:

The second I said it, the most interesting thing happened. The rumblings and tumblings eased up, and I felt myself relax.

We’ve all gotten accustomed – if not addicted – to the phrase “failure is not an option”. It’s used in sports industries and company slogans and personal self-help books.

The problem with this phrase? Failure actually is an option.

Now, we’ve talked about failure before…when I called it the dumbest word on the planet.

I’ll say to you now (admission #4) that I was wrong when I said this. Yes, we give the word failure way too much power. Yes, we let it make us feel like garbage. Like we want to hide from the world. 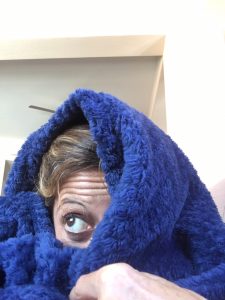 But the real problem, it turns out, is not the word itself.  It’s the fact that we think we can prevent failure from being an option at all costs if we just fight hard enough…which sets us up for all kinds of extra pressure going into a new thing, and then all kinds of heartache and self-loathing if it doesn’t work out.

And then what do we do? We take the words “it’s a failure” and turn them into “I’m a failure”. Because we think we should’ve been able to stop it. And sometimes we just can’t.

When we recognize that failure is an option – one that exists in pretty much any situation – we won’t get so freaked out by it. We know it’s possible. That it happens to everybody.

We still do everything we can to avoid it, but we know we might fail anyway. And, if we do, that doesn’t make us bad people

I will say now, as admission #5, that I was a “failure is not an option” person for a long time. And you know what it made me? Super intense. Stressed out. Anxious.

Yes, it may also have led me to push harder and perhaps even get more done. But the ride was no fun, and I was no better for it as a person. And I certainly didn’t take a moment to celebrate before moving on to the next stress-filled project.

So today I am going to not just admit – but embrace – that failure is an option. And I invite you to join me. Not because either of us want it, but because we deserve to know it.

We deserve to ease up on the pressure, heartache and self-loathing that believing otherwise causes us.

We deserve to enjoy the ride.

And, in what might just be a blatant plug (admission #6), we deserve to enjoy the wrapping. 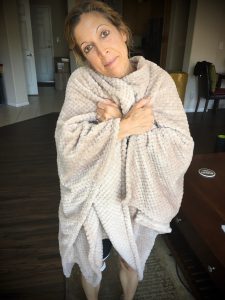