Well this is a tricky time, yes? Let’s count a few ways… 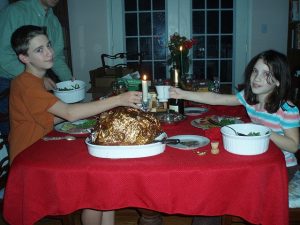 There’s also…and let me say first that I am in nooooooo way entering into specific political discussions here…an uncertainty that comes with the transition of a new national leader. Especially when that leader is markedly different from the one that came before.

And, of course, there are our own tricky little wickets going on. Think money issues, work challenges, health concerns, and relationships that might find themselves going a bit awry.

That’s life, after all. And we’re in the thick of it.

During these tricky times it’s easy to…well, to fret. Some of us, perhaps, might take it to the next level with a bit of freak-out.

It’s natural, of course, and yet it’s wildly unpleasant. And it does no good.

I myself just recently discovered a little nugget of help in these tricky, fret-filled situations. It came while listening to an interview with the boss.

And by the boss I mean The Boss. 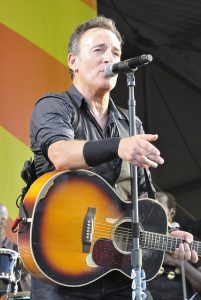 The interviewer, David Remnick, asked Mr. Bruce Springsteen if he thought there would ever be a time when he wouldn’t be able to run around the stage…when age would render him unable to jump on pianos and crowd surf.

Bruce, in his gracious, awesome Bruce way, quoted a sentence from his book that touches on how to deal with those pesky what ifs.

Bruce says he knows “the day may come when…” (There are all kinds of ways to fill in this blank…so feel free to insert your own recent angst here).

But there’s a second part of the sentence. And that part is…

(Actually it was “but not tonight”, but sometimes us fretters tend to fret in the daylight hours so I’ve adjusted the Boss’ language. Heaven help me.)

Think about this. Really.

But, chances are really, really good that those things won’t happen today. They certainly won’t all happen today. Probably, none of them will.

Now. Does the “but not today” mantra give us permission to not plan? To not strategize or not act in ways that will make life happen in healthy, happy ways for us?

But the fretting that comes with it? The wringing of our hands…the spinning of our thoughts…the tensing of our shoulders? The horrible and absolute certainty that a crisis is imminent?

That stuff can be alleviated if we just take a breath and remember that all of the things we are so sure will bring us and our families and the greater world down…won’t happen today.

Which leaves us the energy and focus to get down to business.

And what if one of those fret-filled things does happen?

We’ll be ready for it. Or maybe not. But either way, since we’re acting, the fretting will have to take a back seat.

Perhaps it’s rock blasphemy to say that “but not today” is one of the Boss’ greatest lyrics.

But I don’t think us fretters can deny it’s got a pretty beautiful ring to it. 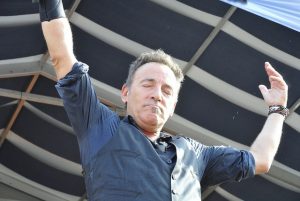 PPS: Thanks to Laura Blankenship for the Christmas Toast photo, and to Takahiro Kyono for the terrific shots of The Boss himself.

7 thoughts on “But Not Today”