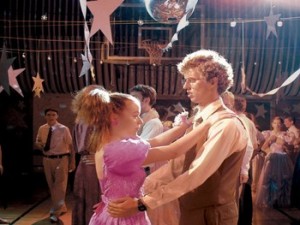 Last week found me plugging away in one of my satellite offices. Starbucks.

I admit it. It’s a favorite place of mine. After all, who doesn’t like a little Starbucks fix now and then? I was working on a piece on leadership, thinking through the best leaders I know.

The customers streamed in steadily, happily chatting and drinking with caffeinated-infused delight. I tried to tune them out and focus on the work in front of me. But it soon became impossible, thanks to the women standing proudly behind the counter in her crisp green, apron.

It all began when a homeless man walked in. He carried a painting in his hand.

My back was to the door so I didn’t see him at first, but I heard him. So did everyone else. In a loud, high-pitched voice he asked for the manager.

“I’m Gieselle, the manager,” she said pleasantly, “how can I help you?”

He was an artist, and wanted to display his pieces outside the store and sell them. Gieselle smiled and nodded, then explained slowly, nicely…and also firmly, that she couldn’t make that decision. She told him how to contact the corporate office.

She treated him with great respect, but also knew that the waiting customers around him might be uncomfortable. It took less than a minute before she’d gotten through his questions and sent him, satisfied, on his way.

That was a good move, I thought briefly, before turning back to my laptop.

Another man walked in. Or, more accurately, returned…his Starbucks drink in his hand. I looked up and noticed the particularly cranky look on his face. 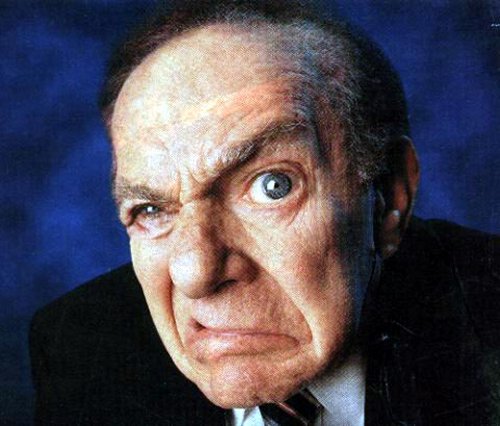 “This is wrong,” he said, thrusting the cup at her. He went on to explain that his white nonfat mocha with no whip had turned out all minty…and with whipped cream to boot!

“Well,” Gieselle said with a smile, already reaching for the magic mocha ingredients, “I’m so sorry about that! We’ll just have to make you another one!”

She didn’t ask any questions to figure out if the error was on his end.It didn’t matter who was right. Or that that he had a tone. Instead, what mattered was fixing it…not just the drink, but any tension he might have been feeling from the experience.

And she fixed it quickly. Which meant the rest of us barely noticed what went down.

When in the next minute an awkward teenager came in and asked for the manager, I didn’t even pretend to go back to work. I couldn’t wait to see what came next.

His gangly limbs and high tone made it clear his body was dealing with the awkward bone stretching, skin oiling, muscle-thickening issues of adolescence.

You know what I’m talking about…

Turns out our young friend was looking for a job.

Gieselle told him everything he needed to know, and even told the waiting customer next to him how charming this gentleman might be behind the counter. The teen blushed and smiled as he left, application in hand.

Through it all Gieselle didn’t stop making drinks…creating and delivering lattes and smoothies with style.

And that’s when it finally hit me.

I was in the midst of a leader. A great one.

Gieselle had rocked my world.

Far too often we allow ourselves to get lazy when we think of great leaders. We think of the obvious – our best bosses or company CEOs or heads of state.

But great leaders are all around us. Some of them in crisp, green aprons.

In just ten minutes I watched Gieselle prove herself to be a consistent, excellent leader.

How? A brief counting of the ways….

The balancing act: respect for one…and all

The loud painter had the potential to disrupt things a bit. Yet Gieselle found balance…addressing his needs pleasantly and respectfully, but also firmly and quickly. Her graceful tone meant he trusted her, and when she showed him out the door in record time he felt helped. And everyone else breathed easy.

Taking one for the team

Even when it might not be their fault, even if it’s an innocent misunderstanding, being a leader means fixing the problems of those you serve so that they feel satisfied – not just by the end result, but by the experience itself. That’s what keeps them coming back.

Great leaders also don’t take cranky people personally. They know it’s not about them. They also know that, in the end, it’s not only their actions – but their reactions – that matter. From the way Gieselle handled the mint-hater, she clearly had that one down.

With yet another interruption – the teenaged job-seeker – Gieselle displayed another gift that great leaders possess.

She handled the entire conversation with grace, while also being focused and organized enough to – at the same time – get drinks made and handed off to her waiting, seemingly insatiable customers. It was like watching her conduct her own little Starbucks orchestra.

Gieselle herself learned a lesson that day. Because I told her what I’d witnessed, and informed her that she was going to be the star of my next blog.

Gieselle didn’t know I was watching her, which makes her even better. She was being a good leader because that’s who she is. In fact, I’m actually guessing this little lesson won’t change her behavior one bit.

But perhaps it’s a good lesson for the rest of us.

Watch for leaders are all around you. Perhaps in the most unexpected of places. Remember the lessons that made Gieselle one of them.

And in the end, remember the most important lesson of all.

Whatever you do, whatever you say, someone is always paying attention.

Gieselle herself learned that one that day. She even gave me a photo to mark the occasion: (yes, it’s really her!) 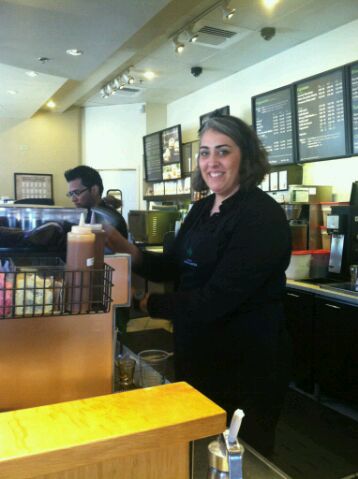 28 thoughts on “How One Day at Starbucks Rocked My World”