This week brought an interesting theme. Two of my colleagues – and me – all found ourselves in a universally dreaded situation.

We had to have crappy conversations. And they Stressed. Us. Out. (Nooooo sleeping here.) 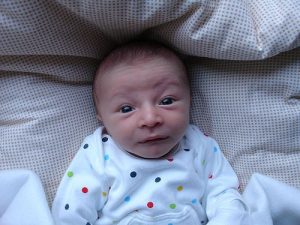 For many of us, that moment when we realize a face-to-face crappy conversation is in our future, our stomach seizes up a bit. We put these talks off, yet continue to obsess about the words we’ll use…which all feel wrong.

Why do so many of us hate crappy conversations?

Because we’re nice people, and we don’t want to hurt someone’s feelings or put them in an awkward position.

Yet these crappy conversations must be had. After all, something has told you that it is time to confront someone, and it’s about something important…which is why it’s stressing you out.

So…what to do when the time comes? Just how to have that crappy conversation?

A few steps to help guide the way…

That’s what we all tried to do this week.

So how did those crappy conversations go? An update:

Whatever the case, we all felt good, if not a bit crappy, when it was over.

And we all slept a whole lot better. 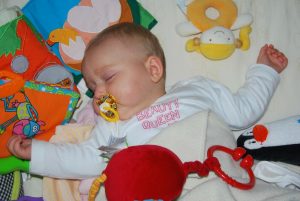 PS: Thanks to Andy G for the awesome pic of our very-awake baby!

10 thoughts on “How to Have a Crappy Conversation”