Recently, a lovely friend of mine named Meg ran 100 miles.

It was part of a race in the mountains. Shortly after she finished the event she and I were on a morning run. (Yes, a run. How she was moving, I don’t know.). We were talking about my upcoming show in the Fringe Festival.

Now, if you’ve followed me at all lately you know that I wrote, produced, and was about to star in five performances of this little show.

And you know that the whole thing Freaked. Me. Out. (Though you miiiiight not have realized it based on what you saw on the stage.) 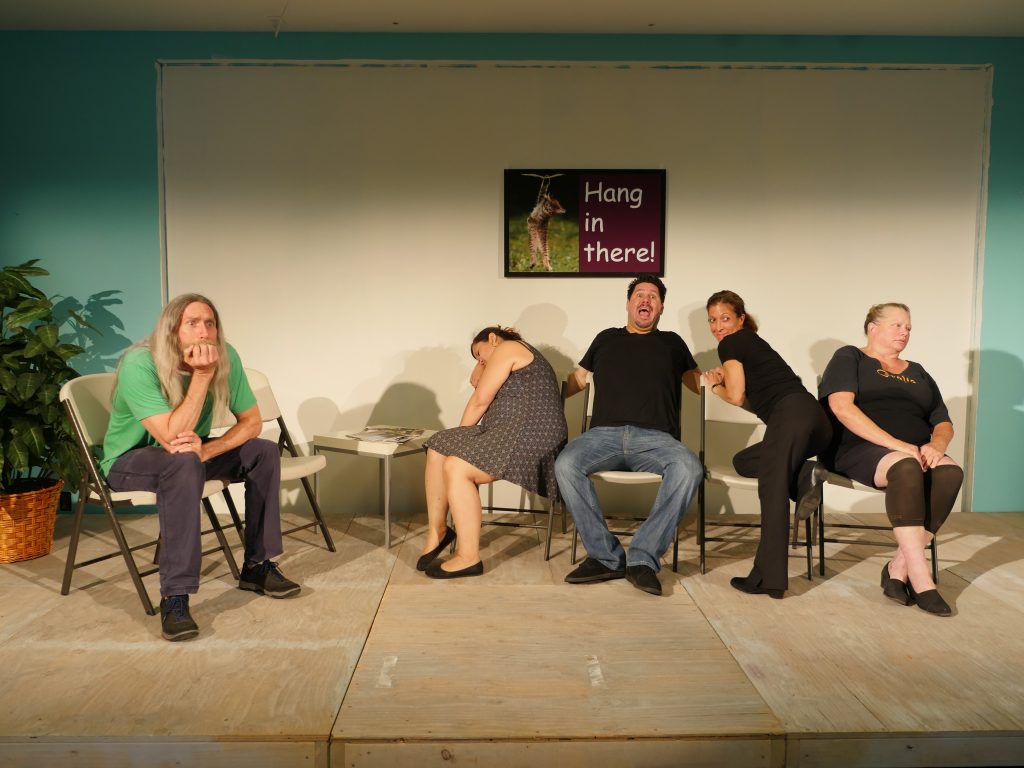 Really, though, I was scared, and I told Meg how vulnerable I felt. How nervous I was about remembering all those lines. How there was no way to predict everything that would happen on that stage.

She listened closely, then bestowed on me a nugget of wisdom I’ll use forever.

She said that during her training another runner said that, no matter what happened, whether she finished or not, there was one guarantee. And that guarantee was, when it was all over, her body was going to hurt.

And in the end? Her body did hurt. It was inevitable, really. Which made it okay.

So Deirdre, she said, turning to me, what’s your guarantee with this play?

After thinking about it I determined that my guarantee was that, in each performance, I would mess up a few lines. Because there were lots of lines. And that’s how things happen in theater.

And in the end? I did mess up some lines. It was inevitable, really. Which made it okay.

There are certain guarantees – things that feel bad – in all of our lives. They happen in both our personal and our professional worlds. Yes, including yours.

These guarantees aren’t things we hope will happen or things that might happen if we’re not careful. They’re things that will definitely happen at some point, just by the nature of the situation itself.

Perhaps a few examples are in order. Understandable. Get ready…

In our personal lives, each of us is guaranteed:

In our professional lives, each of us is guaranteed:

A helpful exercise in every facet of life is to recognize its guarantees. To recognize what bad things will go down at some point. That way, we know to expect them.

Heck, we accept them. Before they happen.

Meg still trained for her event. I still worked on my lines (a lot). After all, we want our guarantees to bring as little pain as possible.

Accepting the inevitable makes those bad things hurt less. And sometimes it helps us realize the bad thing didn’t matter much at all. (I mean really, who would even notice a dropped line or two?)

And, perhaps most importantly, it keeps us from feeling like failures when they do happen. Because they were inevitable anyway.

How can you plan for them? Brace for them?

Remember…we all have them. They can happen any time. Anywhere. Like up on a mountain.

Or up on a stage. 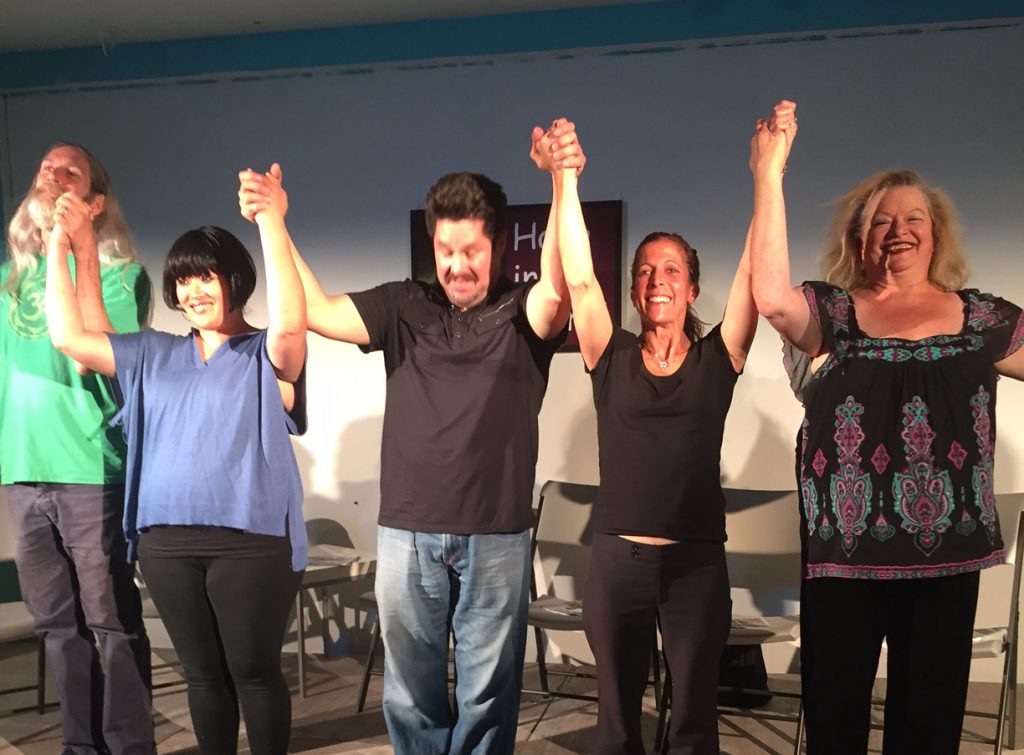 PS: To further inspire you, I present to you a shot of Meg during her 100-miler. Pretty awesome, yes?  (By the way, she crushed that event, finishing as the 4th female out of 54…19 of whom weren’t able to complete the race. Go Meg!) 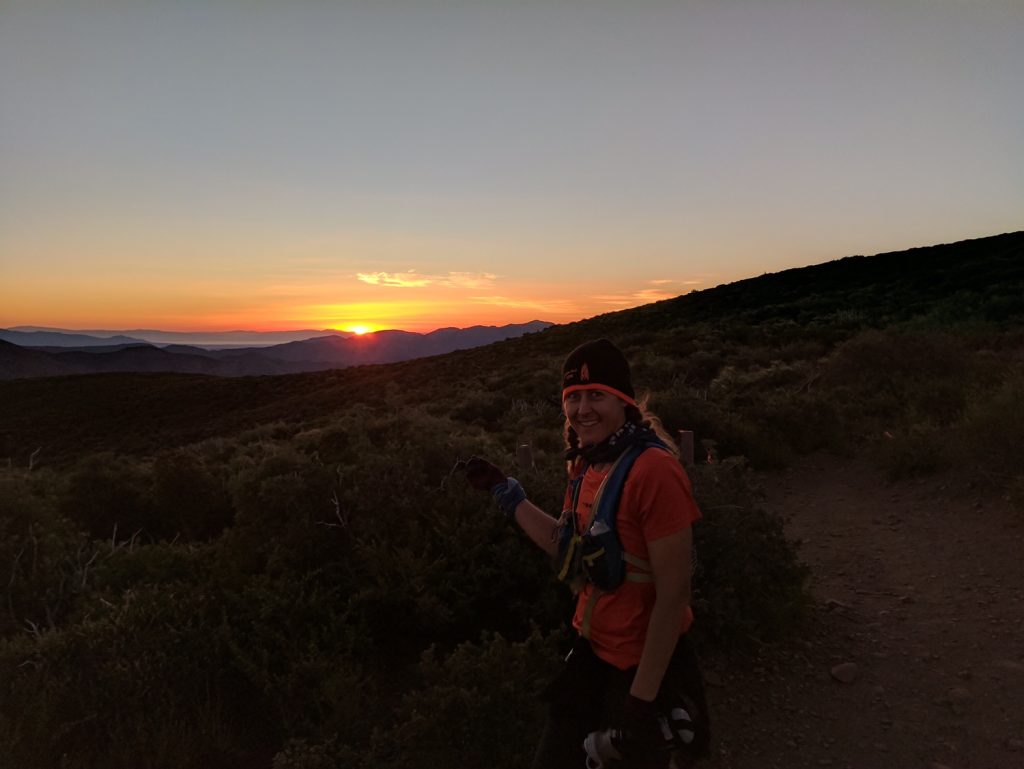 10 thoughts on “How to Make Life’s Bad Things Better”