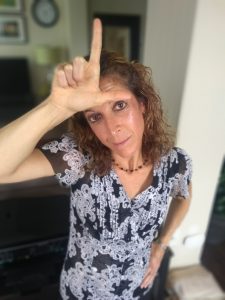 Welcome to my post on how to stop being a big loser. It’s time to get started. Ready?

Poof. You’re not a big loser.

You know how I did that so quickly? I’ll explain through a quick ditty.

Two days ago I auditioned for a role I really wanted, and I didn’t get it. Didn’t even get called back for a second round. Which might not seem like a big deal.

And so, upon the news that I had flunked another audition, I sank onto my couch and sank further into myself, letting all of my latest failures spin around me like loser styrofoam balls in those kiddie solar system projects. 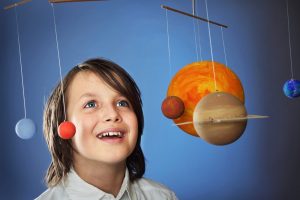 Hubbie, who was focused on his reality-TV (gonna-take-my-little-fishing-boat-into-the-middle-of-the-ridiculously-stormy-seas) show, didn’t realize my self-pity party at first.

It actually wasn’t until I poked him and said sadly and with certainty, “I’m just the biggest loser”, that either of us realized how badly I was feeling.

Despite Hubbie’s efforts to convince me otherwise, this big loser-ness feeling stayed with me all night and into the morning, when I greeted the new day with a “pfft…why bother?”.

I bet you can relate.

It might not have anything to do with auditions or book sales or projects, but it has to do with something specific to you. Probably a few things.

You know how I know? Because pretty much all of us do this to ourselves. (If this is not you, I promise it’s true for lots of people you know.)

Allow me, then, to tell you how I came out of my loser-ness funk the next morning. It was thanks to the guy who happened to be on my podcast, who reminded me of a few things:

Because when we say this stuff to ourselves it’s usually much harsher, much meaner and much more certain…and there’s nobody there to argue with us. So we believe it.

We all know insulting ourselves is pretty terrible, right? And yet many, many of us allow it to happen.

Yes, we allow it. Even if it happens out of habit, even if it happens in a flash, it’s still a choice. Maybe we think we deserve it. Or it keeps us from being arrogant. Or it makes us work harder or be stronger.

Calling ourselves losers or ugly or stupid…pick your gravest and nastiest insult…makes us less confident, keeps us from trying new things, takes away our energy and joy, and makes us feel lousy and sad and angry…angry at ourselves. Sometimes angry at others.

Let me say clearly…nobody reading this post is a loser. You are not a loser.

That’s why I was able to stop you from being a big loser so quickly. Because you never were one.

Now you just need to stop telling yourself that you are.

How? A few steps:

Trust me when I say you’re not a loser. And I’ll trust myself on this one, too. 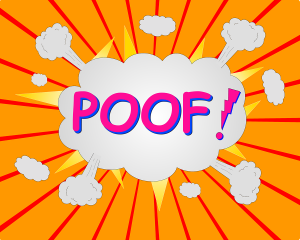 16 thoughts on “How to Stop Being a Big Loser”