I recently met a fascinating group of people…exhibiting an even more fascinating behavior. Chances are you’ve met some of them, too.

They live in a city called Seattle…a place beloved by people of all ages. 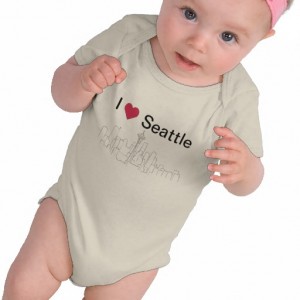 I’m actually writing this while flying home from “The Emerald City” (for those who were in my presentation and just joined my blog list…welcome!).

In the less than 24 hours that I was there I realized that Seattleites have figured out a big, fat key to happiness. Most don’t even realize it.

It begins with the rain.

I know, I know…it’s cliché. Talk about Seattle, talk about the rain.

But let’s face it. Seattle’s got a reputation, right or wrong, for being a bit…shall we say…gray in the skies. 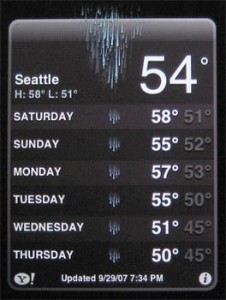 And during my visit, anyway, the rain was there, right on cue. I did my best to dodge it during my walk from the hotel to the convention center, ducking under every awning I could find and cursing myself for forgetting to pack an umbrella.

Then I looked around and noticed something strange. Nobody else had an umbrella either. I was perplexed.

When I got to the conference I found the first official Seattleite I could and asked her about this strange phenomenon. She shrugged, trying not to sound condescending while stating what felt like the obvious.

“People who live in Seattle just don’t use umbrellas.”

I nodded, realizing all at once that the people of Seattle have figured something out. Something wonderful.

Look around outside on a rainy day and what you’ll see are a lot of people buzzing about, walking quickly and with purpose…in clothes that keep them warm and dry…and with hairdos that do well in the rain.

We must learn from Seattleites. (Myself included, as I have yet to fully grasp the point about the weather-appropriate hairdo.)

There are lots of negative, annoying things we need to deal with in life.

Many of them are things we can do something about. In fact, those who know me know that I constantly talk about recognizing the things that aren’t working in our lives and making a choice to change them…(for one example see my post: The Simple Truth That Might Freak You Out)

There are sometimes things where you just don’t have quite as much of a say:

Some areas will always have bitter winters, some will have tornado warnings and some will have lots of rain. The problem happens when we wake up, see the same weather we’ve always seen, and feel frustrated, surprised or unprepared.

This is how we create our own constant misery.

The sooner we come to accept that we live in tornado country…that our relationship with our brother will never be one of best buds… or that our male pattern baldness did not skip a generation…the sooner we can get down to finding happiness anyway.

Easier said than done, I know. Which is why I’ve boiled it down to a few easy steps, all based on the brilliance of Seattleites.

I present to you now…Deirdre’s three steps to being less miserable.

Ask yourself…and be honest…if this situation is permanent, at least for the foreseeable future. If it is take this first step of recognizing and accepting it.

Know that certain things in life are how they will always be, and that this is one of them. (If you’re not sure, go back and read the other blog I mentioned and make a change if you can.)

When you reach this step you not only accept the situation to be the case, but you know deep down that it will be. Every time.

You show up to the situation knowing that it will be a certain way…not hoping it won’t this one time because you’re late and you really need the morning commute to magically dissipate in front of you. That won’t work and you’ll just feel frustrated.

When you accept the reality as permanent and expect that it will always be the same, you can then prepare for it appropriately.

Which leads me to…

Umbrella Step #3: Adapt to It

When you can’t change a situation, you must be the one to change so that it doesn’t take its toll on you. This isn’t about being out of control. It’s about making choices to control your own fate and happiness as best you can despite the circumstances.

Find support outside of your family if you can’t get it there. Set the alarm ahead when you have an early meeting. Learn to play the piano since you won’t ever be able to sing on-key.

Or, if you live in Seattle, get some great waterproof clothes and a hairdo that works in the rain.

When you find yourself feeling frustrated or resentful about a situation, think like Seattleites think.

Ask yourself if you can change it. Be honest.

If you truly can’t, then practice the Three Umbrella Steps: accept, expect, adapt.

Sure, it’s not as easy as it sounds, but there’s nothing else you can do. Period. Permanent situations are just that.

And, in the end, you really do have control. You’re the one who decides if this stuff will make you miserable or not.

So make your choice. 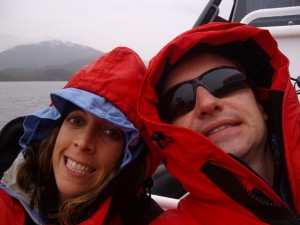 19 thoughts on “How We Create Our Constant Misery”