We all make mistakes.

I make them all the time. (Want proof? Check out my lessons learned from a major meltdown post)

Others aren’t so fortunate.

Their mistakes occur smack dab in the public spotlight – for all to see and judge.

Which means the rest of us get to sit back and learn from every single one.

Take a look back over the year and you’ll find a bounty of screw-ups to choose from.

I now present to you just three.

Screw-up #1: The Rise and Fall of Herman Cain 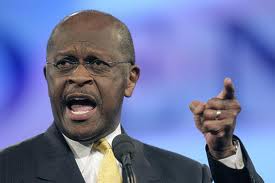 We’ve all come to know this story, so I won’t go into tons of sordid detail here.

The story of Herman Cain and his presidential primary bid is a wild tale, but a quick one.

In fact, the whole thing took place in just a matter of months.

In early September the former CEO of Godfather’s Pizza became a sensation almost overnight, spiking in the polls and gaining wildly in popularity.

Thousands rallied around his gregarious personality, and for a while it seemed the “Cain Train” might just keep on picking up steam.

But then it came to a screeching halt.

Though he denied most of the allegations (he did admit to knowing the woman who claimed the affair), Cain said the distractions were too great to continue.

He officially suspended his campaign in early December.

Yes, being charming is critical to getting ahead. But it isn’t everything.

Being a professional is just as important.

Sure, Cain knew how to rally a crowd…but his charm didn’t excuse him from the rest of the job.

It didn’t excuse him from being a professional.

In the end, it led to his demise.

No doubt about it – Greece is in some hot water.

The country faces a crippling economic crisis, with deficit estimates soaring from 3.7% in early 2009 to more than 12% this year.

Needless to say, the Greeks are angry, the rest of the Eurozone is none too pleased about having to step in, and Prime Minister George Papandreou is out.

The Greek government has been on a bit of a debt binge over the last decade, living well beyond its means and placing a huge strain on the country’s economy.

Many believe that successive Greek governments consistently misreported the country’s official economic statistics to keep within the Eurozone’s monetary guidelines.

When the economic crisis hit, Greece had nowhere to hide and no money to dig itself out.

It feels obvious, but many of us – as individuals or as part of organizations – are guilty of the same thing as Greece.

We spend more than we bring in.

Sometimes we even know we’re going to do it ahead of time.

We pass budgets we know we can’t meet and hope that things just go our way.

We know the score but pray it’ll somehow fix itself – that a big donation will come in, that the economy will heal itself, that our credit card balance will be forgiven…or forgotten…by our debtors.

It means spending within our means.

And when things go awry, it means facing it head on.

Oh, and it means knowing that lying about it doesn’t help.

To the dismay of Colts fans everywhere, the team has shown up to every game with the highest of hopes, and come home with the same result: a loss.

Ouch. (Double ouch when you consider this same team won the Superbowl just a few years ago).

Even if they get a win in the few remaining weeks (many think this won’t happen), playoff contention hopes have been crushed – along with the spirits of thousands of fans.

Sure, there are other reasons behind the abysmal record.

But ask anyone who knows anything about the situation and the quarterback’s pesky preseason neck fusion surgery – which has kept him benched all year – tops the list.

When an organization or company relies on one person to carry the leadership load, it is at risk.

When one person has the bounty of historical knowledge, the majority of the relationships, the only true sense of what happens on a day-to-day basis, that organization is in jeopardy.

It doesn’t matter who it is – a founder, a board member, a well-intended executive.

The organization must have policies and procedures in place that will keep it running no matter who sits in the seats.

Rely on one single person for success and you’re in trouble.

Because that person won’t be there one day.

And then where will you be?

Let’s wrap this up…

Look back on the year and you’ll find plenty of screw-ups – and successes – to learn from.

This week, think about what you’ve learned from others.

Think about what you’ve learned from your own.

Then…think about how you’ll use them all to make next year more successful than ever.

PS – what are your favorite screw-ups from around the world this past year?

Post it here so we can all learn from them…