I came to a startling conclusion this past week. It came from watching the news.

For me, this simple act almost always brings with it equal parts information, entertainment and head-scratching. 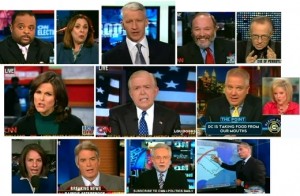 But this week was a bit different. The stories all seemed to carry the same theme:

Life as we know it will simply never be the same.

We’ve all sensed it. Many knew it before now. But for me, it became crystal clear this past week. Each story presented a concrete example of how our world – thanks to the explosion of social media inside it – has changed forever.

And as leaders, as professionals…as people…we better pay attention.

I bring you three of those stories now.

How One Week Changed Kony Forever

A little over a week ago the “Kony 2012” video exploded on the scene.

The 30 minute video, geared toward raising awareness about the horrific practices of Ugandan warlord Joseph Kony, went viral seemingly overnight, eventually reaching more than 80 million hits on YouTube. It also thrust Jason Russell, co-founder of the nonprofit behind the video, squarely into the spotlight.

What Russell may not have counted on was the onslaught of criticism that would come his way. Almost immediately, questions arose about the nonprofit’s spending practices, as well as the film’s over-simplification and, at times, misrepresentation of the current situation in Uganda.

Russell wound up defending himself – and the video – everywhere.

It didn’t take long for the situation to take its toll.

Just a few days later Russell was detained by police after being found in the middle of the street – naked, screaming and interfering with traffic.

A statement from Rusell’s wife indicated the whole situation was just too much for him to take.

Whatever you think about Kony, know this.

The world is paying attention.

Gone are the days when you can give an opinion or make a statement and be done with it.

Instead, it could very well take on a life of its own.

People can examine what you have to say, forward it on, pick it apart, find it forever.

Even when you take a stand for all the right reasons, make sure you’re ready for potential critique.

All it takes is one ticked-off reader to turn your story into something completely different…overnight. 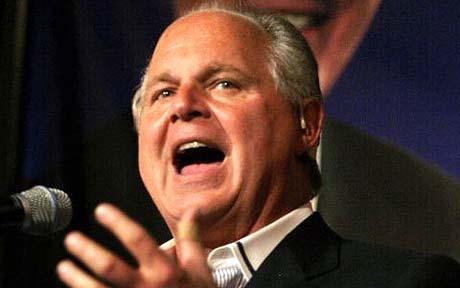 That’s why Rush may have been a bit surprised when one of them went viral with a whole new audience.

It began when he criticized Georgetown student Sandra Fluke for testifying in Congress in favor of insurance coverage of contraception, using words like “slut” and a “prostitute” to describe her.

What may have seemed like just another day of “shock jock speak” soon turned into a cash crisis.

The outcry of women could be heard far and wide. Advertisers, it seemed, had no choice but to respond.

It began with just a few, but soon became a mass exodus. In the end about 50 advertisers demanded that their spots be removed from the show.

Whatever you think about Rush Limbaugh, know this.

The masses have a voice.

And when you make them mad, be ready for the consequences.

Rush thought he knew his audience – his listeners. But this is a day when things go viral, past your niche, to the masses. And when they hear what you have to say they might not be so willing to let you get away with it.

Social media has raised the stakes as to who can hear you – and the power they’ll have when they do.

So know it. And be ready.

How an Angry Employee Got Back at Goldman Sachs

The financial world was rocked when Greg Smith used his op-ed piece in the New York Times to criticize his employer, Goldman Sachs. The article, which also served as his resignation letter, argued that Goldman’s once client-focused culture had shifted to one that valued profit above all else.

It didn’t take long for the link to the op-ed – and the story itself – to go viral.

Not surprisingly, Goldman disagreed. But the article, and the resounding response from other, credible financial folks who joined in on the message, proved that nobody is safe from a social media movement.

One day later the reports came in that Smith’s very public jump from Goldman cost the company more than $2 billion in stock value.

Whatever you think about Goldman Sachs, know this.

The truth is that every organization will have its befuddled employees, and there’s not much you can do about it…except, of course, to run your organization, your department, and your position with the highest levels of legality, transparency and ethics.

In the end, someone might throw you into the spotlight anyway. And when that time comes the best thing you can do is make sure you’ve got the truth – and your integrity – on your side.

It used to be that the power lied with the mighty few – the media moguls, the corporate cats, the political powerhouses. Not anymore.

Now, it’s up to us – the masses – to choose what’s important, to speak out on what matters.

It is up to us to use that power well…to speak on what we know to be true, to do our homework before we do it, to act with the utmost integrity all along the way.

In the end, we must know that every single thing we do – and say – can go viral in a heartbeat…can lead to consequences we never considered.

So be careful. And use your power wisely.

Just be ready to have it out there for all to see. Forever.