Today I invite you on a journey, one that will eventually lead to one of my most dramatic confrontations in recent history.

In fact, it’s been just about a year since I brought you the tale of my last such incident in my blog post lessons learned from a major meltdown

Today’s has a different flavor. I’ll warn you now, it’s not pretty.

Though to be fair some journeys have ended far worse. 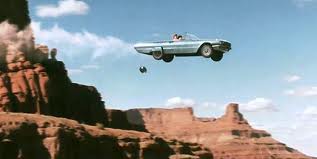 What I can say is if you stick with me there are lessons to be learned.

They’re all about conflict…what to do, and, in this case, what not to do.

Come along, won’t you?

Ryan and I were in a writing group together and often arrived at the same time.  He would park in the garage. I would park in my beloved meter spot on the street.

One day we were both stopped at a red light right before the building. It was one of those super long lights…and the streets were empty.

And so, on that particular day, I treated the light as…shall we say…more of a four-way stop. I figured nobody would care.

When he asked me if I knew I’d run a red light, I told him of course I did.

I laughed, thinking he wasn’t serious. “Sure I can…it’s a free country.”

What I didn’t know at the time was his commitment to meticulously following all laws of all kinds. And how much it bugged him when others didn’t.

He told a mutual friend he planned to keep an eye on me, and might even have his police officer friend try to catch me in the act in the future.

I proclaimed this to be absolutely ridiculous. After that, Ryan and I didn’t bother with each other at all. 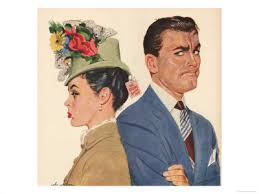 The silence between us in the group meetings said it all. We were no longer buds.

Eventually that silence wasn’t enough. Ryan began to arrive early and take the spot where I parked, sometimes moving his car after I’d pass by. He’d then go into the meeting and sit where I tended to sit.

After all, I’d say to myself, why let this guy get to me?

But after several weeks I decided enough was enough. One day I pulled him aside, told him I wanted to try to talk things through.

He refused, loudly proclaiming he never wanted to talk to me again. He told me to leave him alone.

Perhaps I should’ve done just that. But instead I said…

“Fine, if you don’t want to talk, let’s not talk. But if you keep pulling this passive aggressive stuff I’m not going to let it go the next time.”

Then me and my righteous indignation walked away.

Can you guess what I did?

It was a split second decision.

I like to think that had I really thought about that choice, had I really considered how I want to conduct myself as a person, I’d have gone the other way.

But I didn’t. I went through the light and parked, thinking it would bug him just a bit. Admittedly, it wasn’t my most mature moment. But I thought it would be fine.

What I didn’t think about was that Ryan’s triggers and temper might be different than mine.

He got out of the car and began screaming at me…horrible things. I tried everything to de-escalate the situation, but nothing worked until I just shut up. Exhausted and breathing heavy, he finally stopped yelling.

When we got inside I was shaking. So was he.

Everyone knew.  It was so uncomfortable that a few people left.

I tried to tell myself this was all his fault, but deep down I knew the truth.

Did I blame myself for what felt like some emotional abuse? No, I don’t think that’s ever okay.

But at the same time I had to face facts. I’d made a poor choice. I hadn’t acted like the person I wanted to be. And it negatively impacted others.

I had to fix this as best I could.

The first thing I did was apologize to the others in the room. After the meeting I called those who had left and did the same.

The next thing I did was learn from it. Here’s what I figured out:

Conflict is unavoidable in life. It isn’t a bad thing. What makes all the difference is how we choose to respond to it.

Sure, not every conflict ends in ugly episodes like this one, but that doesn’t mean we can’t learn from every one…then use them all to be the outstanding people we are.

Think about the you you want to show to others. Then act accordingly each day.

Oh, and you might not want to run any red lights.

Even if you think nobody will care.