So…there’s an interesting trend to report in the life of Deirdre. At first it might sound like it’s the high-and-mighty variety, but I promise you it’s not.

The trend? People tend to give me things I want. 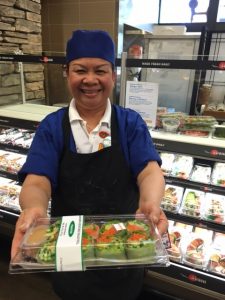 To again be clear, there’s nothing high-and-mighty about any of this. People don’t give me what I want because they think I’m all that.

People give me what I want because I ask for it.

Stay with me. This isn’t as obvious as this sounds.

I wrote a blog post a few years ago about the need to be explicit when asking for things. At the time I thought the biggest barrier to people getting what they wanted was that they hinted instead of asking directly.

Since then I’ve figured out that, for many, the issue isn’t about how they ask for things.

It’s that they don’t ask at all.

It happens all the time to all kinds of people…

It’s a simple concept. The number one way to get what you want is to ask for it. And yet, so often, people don’t.

And so they sit back and hope things go the way they want, acting as the passive player on something that, in all likelihood, matters more to them than to the other person.

I get the concerns about upsetting people, of course. And sure, there are times when the request for something might truly be offensive or unreasonable.

There are so many times, if we just ask nicely for what we want, people will have no problem with it. Trust me…I know this intimately. Because I’ve learned a few things from this ask-for-what-you-want strategy.

Sometimes, in fact, giving me what I want makes the other person smile, because they know they’re making someone’s day (really, who doesn’t like extra avocado on their veggie roll?!).  And when I heartily thank them, they appreciate it.

Have there been times I’ve been told no? Of course! But that’s always been fine, because I go into it knowing that a no is a possibility, because I start out my request with a smile so it doesn’t make things weird, and because, in the end, sometimes we don’t get what we want.

So give it a go…try it with something small. Chances are, you might just find you get what you want more…

…and life just might get a little more delicious. 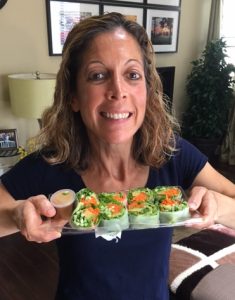 PS: Special thanks to Ida at the Ralphs in downtown San Diego for always being so friendly and accommodating…and for being such an awesome veggie-roll maker!