Recently I took a trip to the poker table.

Actually, I took a return trip to the poker table.

You see, I used to play a lot of poker tournaments. A lot. In fact, I played in the World Poker Tour. 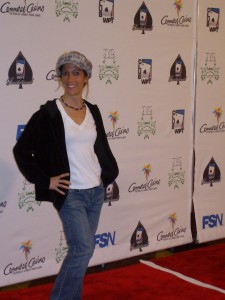 (Note: Just kidding. I’m totally posing in front of the official backdrop after the real players went inside.)

Several years ago, I took a prolonged poker break, because after a while, you need a different strategy to win. The reason was that poker was an extremely emotional game for me.

When Hubby would ask me how I felt before a tournament, I’d tell him I wanted to win…badly. And then the ups and downs of those cards, the dashed hopes and frustrated busts, would crush me.

So I stopped playing. Until a few weeks ago, when I was in Vegas for a presentation and decided to give it a whirl.

This time, when Hubby asked me how I felt about the impending game, my answer was different.

Curious is a word I’ve been playing around with for quite some time. It’s a simple word…one connected to our childhood stories about a monkey named George, or to that proverbial phrase about the doomed cat.

It turns out that it’s also super-awesome. And today we will (briefly!) count the ways.

Actually, I’ve already counted them. There are three. And they’re below.

Why Curious is a Super-Awesome Word for Life

Yes, hope can be a great word. It can inspire us. It can tell us what we’re aiming for.

It can also be pretty heavy. “I hope my presentation to my boss goes perfectly” and “I hope my kid scores a point in the game” lay out some high expectations. Expectations that can crush us if they don’t come through.

Sure, we can work hard, driving ourselves to achieve something. But then – thanks to curious – we can ease up on the power the outcome has over us.

By the way, curious also works beautifully for impending weddings, movies, dates, the upcoming season of “Game of Thrones”, and – perhaps most importantly – dinners with the family. 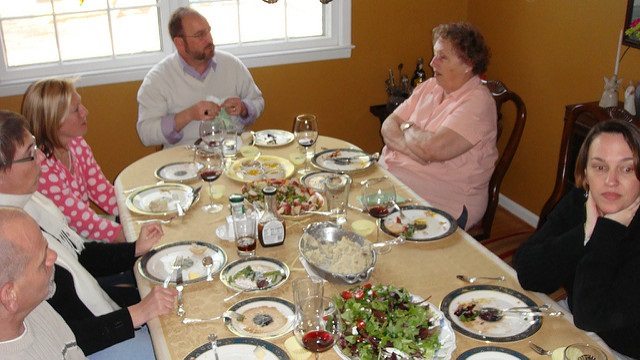 Yep, I love the “P” word. I also love the other, similar one…”purpose”. They serve as a guide, to pinpoint what we are meant to do and be.

But there are plenty of times when we just don’t know what our passion is.  And when we this happens we feel like we’re lost and out of touch. Like we’ve failed.

Instead of asking ourselves the very-deep question of “what’s my passion?”, we might want to ask “what am I curious about?”

And then, as we pursue our various curiosities, we’ll figure out those “P” words over time.

Reason #3: It makes change and uncertainty tons easier to deal with

The scariest thing about change is that we are going from something we know…to something we don’t. And that freaks us out. Which is why we instead choose to stay stuck.

Instead of fearing what might happen in the unknown, instead of imagining and trying to pre-control worst-case scenarios, we can plan as best we can…and then move forward with a sense of curiosity. We can let things progress, and then respond as needed.

Really, so little in life goes exactly the way we planned, anyway, so why not allow ourselves to know that the unknown is actually one of the best parts of the ride?

In the end, you might just find out things worked out better than you could’ve imagined. And that curiosity allowed you to chill out…and, as a result, to win the whole game. 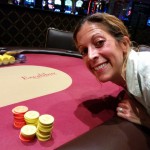 (Note: Not kidding. I totally won.)

PS: Thanks to Dion Hinchcliffe for the super-awesome family dinner pic

12 thoughts on “The Super-Simple, Super-Awesome Word that Makes You Happier, Less Stressed, and Less Disappointed in Life”