“You get to do the conversation if this one is chatty.”

These are actual words I said to Hubby as we awaited our Lyft Driver at 4:45AM last week.

We were about to fly out of town and were ready to roll. All we needed was to get to the airport. Which is when we used an app to get a ride.

The thing that wasn’t on the app? A way to let the driver know whether or not we were up for small talk at 4:45AM.

Which, by the way, we were not.

The thing that our driver didn’t seem to understand? This very fact.

And boy, was she chatty! On and on she went at a rapid pace. What radio station would we like to hear? No, really, what station because everyone has a favorite! Where were we going to fly to? What were we going to do there? Do we have kids? Do we hate pop music as much as she does?

I tried to give off the “please don’t small talk me” vibe. You know that vibe. 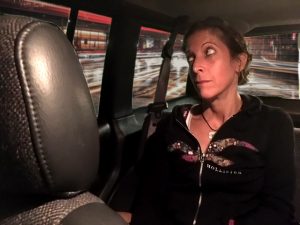 Didn’t matter. Though Hubbie did his best, eventually she turned to me and the topic of my hair. Was it naturally curly? Did I wear it up a lot? Was it easily manageable?

You get the picture.

Some of us are all about the chatter thing because we think it’s the kind, friendly, even professional thing to do. We engage in small talk not just when it’s expected – like at networking events or group meetings – but whenever we’re in the vicinity of another person.

But here’s the thing.

There are lots of different people in this world. Some LOVE getting to know people through small talk. Some find it awkward. Some downright hate it. Or they usually love to chat but they just got really bad news and need to process it. Or they need to conserve their energy.

Whatever the reason, it doesn’t make them bad or rude. It just makes them different from you.

How do you know if someone isn’t into small talk? It’s actually fairly simple.

If a person doesn’t want to do the small talk thing they will let you know. 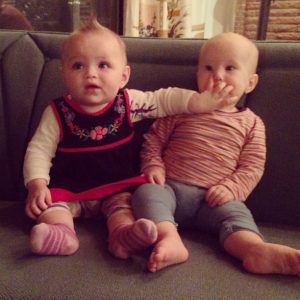 They might not say it explicitly (actually, few will), but the message is there. They might try to nicely cut you off. They might look at their phones. Zone out. Look at others in the room.

Now, I’m someone who usually loves small talk (except when I’m on my way to the airport at 4:45AM, apparently). I find it fascinating, a great way to connect with others who are also into it.

I never, ever want to be that person…the one who can’t (or won’t) take the hint. That plows ahead, insistently talking about themselves or asking questions when the other person is internally begging for silence.

I’m guessing you don’t want to be that person either, right?

Which means us small talkers must:

And what to do if you’re being chatted up when it ain’t your thing? A few steps:

An alternative option? Get preemptive.

If you’re near someone and it seems like chatting might be their thing, you can start with something like “Hi…good to see you/thanks for driving me/nice day…and I just need to let you know now that I need to focus/work/close my eyes/rest and so won’t be able to talk.”

It just might be your best way to fend off the small talker. At least until there’s an app for that. (Looking at you Lyft).

I think you get my point on this one…so I’ll stop chatting now.

PS: Thanks to Jason Lander for the cute baby pic!