Ah, the word “no”. How does such a simple word get so complicated? 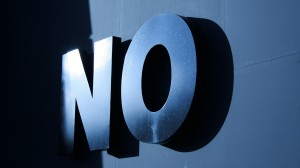 Last year I stepped into a volunteer leadership position for an organization. I did my best with it, but I really didn’t feel useful. Nor did I enjoy it at all.

And so when the time came to renew it, I decided not to.

I dreaded telling the woman in charge, who was also a close colleague. And she didn’t make it easy.

I’d only gotten a few words out before she cut me off and asked if I could just, please, commit to one more year.

Despite the “no!” that was loudly echoing in my head, I heard myself sigh and tell her “okay”.

And then? Immediate regret.

It’s amazing, how our “no” aversion can really mess with our lives:

Why in the world  is the word “no” so icky for us? Why does it make us feel like this inside? 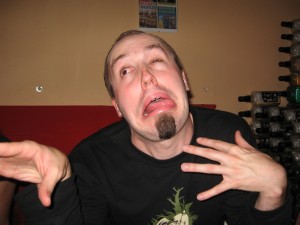 Because we’re human. Which means…

…we don’t want to let people down

…we want to be liked

…we LOVE being the hero

…we suffer from guilt the second we put ourselves first

When we say “no”, it messes with all of that. And it feels icky. And so we don’t say it.

And then things get really messy…

…we feel stressed, using up our precious time on things that aren’t super important to us

…we feel frustrated when things don’t go well, which we suspected would happen

…we feel resentful and it shows in our attitude and our work, potentially damaging our credibility

Now, there may be times when saying “yes” even when we don’t want to is worth it…like when we volunteer on a weekend or do a favor for a friend.

When it becomes a pattern, when we continually commit to something that isn’t right for us, then we need to get over the ick of “no”.

How, exactly? I present a few strategies below…

One of the mistakes we make when saying “no” is that we launch into a loooong speech about why we can’t do it.

When we give lots of reasons, those reasons can be debated. And when they’re debated well they can make us feel helpless to the ick. And so we cave.

A colleague of mine taught me that “no” is a full sentence. You really don’t owe people more than that.

Even adding a few words and simply saying “No, I can’t do that” or “No, I’m sorry”…and then not talking more…may be your best strategy.  Especially if the ick of “no” causes you to ramble.

#2: Know that you’re awesome no matter what

Saying “yes” can be very alluring. We get to bask in our own greatness and charity…in the fact that somebody needs us, wants us, or relies on us.

In order to be good at “no” you must be clear that you are likable no matter what others might think about your decisions. No matter if they’re displeased or don’t like you for a while.

And let’s get real. They’ll probably still like you. They might even respect your “no”. Because they’ve found themselves in the ick before and they know how it feels.

If the pressure of simply saying “no” in the moment is too much, then at least keep the word “yes” from passing through those lips of yours.

Let the person know that you appreciate the request, and that you just need some time to think about it. Get back to them quickly with your “no”, keeping your comments both respectful and brief (see strategy #1).

It’s better to say “no” the first time, then to have to say it after you’ve already said “yes” due to the pressure.

That’s what I wound up doing when I told my colleague that I actually couldn’t do the role this year.

In the end I knew that it was the right thing to do for me, that I wouldn’t regret it. That I would sleep better. 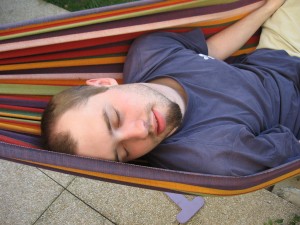 And I was right.

Despite the ick in the moment.

Recognize how the ick of “no” is messing with your life.

Figure out some ways to overcome its power over you.

Say “no” when you mean it. Say “yes” when it’s appropriate.

And see how great it feels.

PS: Thanks to San for the fun photos of the icky guy, and to smlp.co.uk for the ominous no.