Last week my husband called with what he thought was exciting news. He’d scored free tickets to the Aztecs game and – more importantly in his opinion – to the fireworks show afterwards.

“The fireworks are supposed to be incredible,” he told me excitedly. “Wanna go?”

And then he waited for my answer. 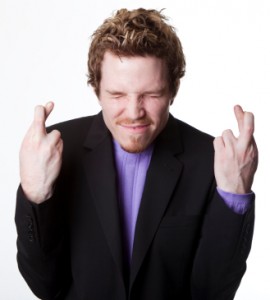 Hubbie loves all things pyrotechnic, and so I’ve seen my share of fireworks displays. In fact, I’m pretty sure I’ve seen your share, too. Plus the show was on Saturday, my beloved day of rest for the week.

And so I shrugged and said, “Not really…but if you want to go I’ll do it.”

But let’s be clear.

We went because, in the end, I really didn’t care that much what we did. I just wanted to have some fun, spend some time together, and get away from the weekday grind.

The truth is, when it really comes down to it there’s a whole lot I don’t care about.

What it means is that I’ve figured out the big question – and in turn, the key to happiness.

The answer, when I’m being honest, means everything.

The best leaders I know understand that the key to happiness is to figure out what they care about and pursue it ferociously.

Then, they let the rest of it go.

I, for one, used to be terrible at this.

I was one of those people.

The kind who argues just to…argue.

Because they think it’s fun or because it’s something to win. Or because they want to be right.

Or because they think it matters.

But then I realized how frustrated I’d become when I didn’t get my way. I realized how much energy I was putting into things that, in the end, didn’t mean that much to me.

And so I figured out what really I care about. For now, the list is as follows:

What this means is that – each and every day – whenever I’m working on, talking about or pursuing something connected to this list, I aggressively push forward. I make choices. I fight for what I believe in.

I fervently defend my Big Five.

Because I don’t need to get anything from it. Because, in the end, I really don’t care that much.

When hubbie and I choose our restaurant, or our movie, or what we’ll watch on the tube that night, I usually throw out some options and leave it up to him.

I care enough to know that I’d prefer mindless reality TV over a mindless sitcom, but it pretty much stops there.

Want to be happier, lighter, more energetic? Ask the question.

By the way, that second really is in there for a reason.

Because often times our first answer to the question is a hearty: Yes…of course it matters!

That was my answer…a lot.

But once I pinpointed my Big Five, once I asked that question again, once I got to that second really…I realized the answer is often…no.

And so I learned to let things go.

This week, pay attention to what you’re fighting for. What you’re putting your energy into.

And whether or not it really matters.

That fireworks show? It was…so-so. But in the end, it didn’t really matter.

But it mattered to hubbie. And it made him happy.

And so it made me happy, too.

7 thoughts on “The One Question You Need to Ask Yourself. Twice.”