A few weeks ago I met up with a colleague in a hotel lobby. We were attending a conference there and met to discuss a project before the day’s festivities began.

Things were going fine at first…until they got heated.

I’m still not quite sure what happened, but all of a sudden his voice rose a bit, his tone turned angry and he accused me of ignoring his point of view.

I was taken aback. I felt unfairly accused. My temperature started to rise.

I wanted to respond immediately, to let him know what I really thought, to match his aggression with my own. It could’ve gone bad…could’ve turned into some kind of weird feud. 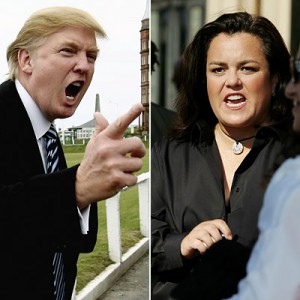 Right there, in the heat of the moment, I checked myself.

I knew I needed to cool down and address his tone later, after I’d figured out the best way to do so.  Otherwise, I might say something I’d regret, perhaps permanently damage our relationship – and our project.

How did I know this? Because it’d happened before. And it was never worth it.

Plus, getting nasty isn’t how I work. It certainly isn’t what I want to be known for.

And so I continued in my same even tone, kept things professional.

Sure, I expressed my disagreement, but I stayed steady.  I didn’t let my language go personal, nor my tone go sour. And I ended it before it could go too much further. A few hours later, we talked it out calmly.

It could have turned out much differently. But a single word saved me.

The word popped in my head the second things got heated. It was exactly what I needed to hear.

I hate the word wait. I hate it so much I wish it didn’t exist.

Just how much do I hate the word?

Let me put it to you this way. There are a bunch of new pedestrian crosswalk signs in my neighborhood. They come with a certain sound effect.

This: (push the play arrow if you dare)

Okay, you must be with me on this one. I mean really…how annoying is that?!

I hate it. In fact, when the speaker yells the word “wait” at me it makes me want to cross the street in defiance alone. Which, truth be told, I’ve been known to do.

It’s just not in my nature to wait.

I eat with unbridled aggression…push my way through crowds…get myself off the elevator first.

Why? Because I hate to wait.

But…I also know that when I go full speed ahead, when I fail to wait, that’s when I get myself into trouble. Because, in that moment, I’m not acting. I’m reacting

It’s happened in all kinds of ways…

It messed with my reputation. Which wasn’t acceptable.

Now…let me be clear.

It doesn’t take long to get over something that gets your blood boiling, to find an outside perspective, to take a breath.

It takes an hour maybe…perhaps a few. Not more than a day. Sometimes mere minutes.

Whenever I’m in a situation where I’m feeling emotional, rushed, or stressed…where I can feel myself reacting instead of acting, I wait.

And that’s the key.

As important as it is to wait, it’s equally as important to know that the word is not an excuse to avoid a hard conversation altogether. It does not give license to procrastinate on a project you loathe, nor skip out on the unpleasant tasks of life.

It simply gives you a brief cooling off period to take a breather, get some perspective, and return…shortly…to deal with it. Better than you would have before.

This week, when you’re tempted to match a nasty tone, slam out a project, rush through an important yet unpleasant task…

Wait just long enough to get some perspective…to act instead of react.

Then take a breath, come back, and kick some butt.

Want some proof the word “wait” can save your reputation? Remember that nasty interaction with my colleague?

A few hours later I was lunching with someone I’d met during a workshop that day.

She told me she happened to have been sitting next to us that morning. I hadn’t even noticed her at the time.

“Wow,” she said, “he was sure laying into you. But, I have to say, you just stayed calm and steady the whole time!”

Turns out the word “wait” doesn’t just show you what you’re made of.

It shows others, too.

20 thoughts on “The Single Word that Saves Your Reputation”