Recently I attended the wedding of a former colleague. It was an amazing affair, filled with premier entertainment, succulent food, lots of people in attendance I wanted to know.

And one I didn’t. At least not anymore.

I actually knew him already. We’d met once, several years before. But that was enough.

At the time he’d just moved to San Diego, and hated it. The people weren’t friendly enough. The cost of living was too expensive. The weather wasn’t right, either. (seriously)

At first I though he was nothing more than a whiny child. 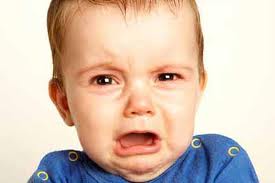 But then I realized he was really just like one of many, many adults.

Three years ago I couldn’t wait to get away from him.So when I wound up right back next to him at the wedding reception I mentally crossed my fingers and hoped he’d gotten over it.

30 seconds later I knew the truth.

He was still bitter. Bitter at his spouse for making him move here. Bitter at the people who wouldn’t carpool with him for the kids’ school. Bitter that the grocery stores were always so cold.

He didn’t seem to know how bitter he was. And he certainly didn’t know how unlikeable it made him.

Bitterness isn’t a brief thing. It’s not an irritating moment we move past. It’s a frustration in our lives that stays and grows, popping up over and over again, a bedrock of resentment that builds in our system.

Everyone gets bitter. Everyone. Even those who seem to have everything.

It happens to the best of us.

Being bitter happens. We can’t always control it.

Great leaders know this. They get bitter, too, but they handle it in a very specific way. And so people like them better. And they find better success.

What do they do? A few observations…

#1 – They recognize when they’re bitter

The best leaders I know are also some of the most self-aware people I know.

They pay attention to their mood and their energy. When they find themselves pounding the wheel in the car or feeling cranky toward specific people, they recognize it. They know it could do damage to their reputation, their success.

So they handle it. And in the meantime they keep it to themselves.

#2 – They figure out why they’re bitter. Really.

They then waste no time getting to this step – figuring out what the bitterness is really about. Sometimes it’s not so obvious.

Great leaders figure out why they’re bitter immediately.  Because they know that’s how they get to step #3.

They get perspective, take their power back, make healthy choices. They work through it and move on. And nobody in their professional circle is any the wiser.

Because they know the truth.

That acting bitter means that people just won’t like them as much.

Which means they won’t be as successful.

I wrap up with a simple, visual reminder.

Recently I was on line at a coffee shop (for those of you tracking my recent blogs you’ll notice a pattern here.).  The coffee pots each had a large sign on them. The sign referred to coffee.

I think it refers to life.

Pay attention to how you feel about certain things, when you pound the steering wheel.

Where you might be a bit bitter. Pay attention to how it comes out to others.

Then figure how to deal with it.

In the end…you’ll not only be more likeable.

You’ll be happier, too.

16 thoughts on “The Thing That Makes You Less Likeable”