And often times, we have every right to feel proud of our power.

But here’s the harsh truth.

Sometimes we find ourselves fighting for our power, holding steady, standing tall…when the reality is it’s not about power at all.

Sometimes what we think is about power…

Sometimes we insist on being powerful not to get things done, not to make our lives better… but simply to feel powerful. 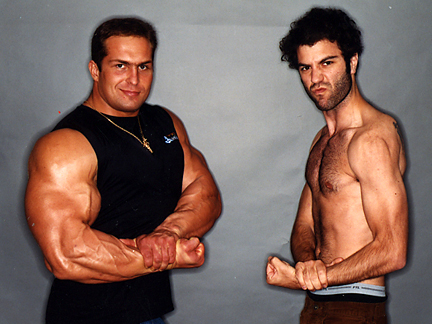 That’s when power…is really about pride.

And that’s when it can cost us greatly.

Consider the story of my friend Dan.

Dan is part of a group that plays poker together every Wednesday. He loves this group.

It’s more than a simple way for him to make a buck. It’s also a way to let off steam, engage in some stimulating conversation, find some camaraderie.

But there’s someone in the group who doesn’t like Dan. Apparently her disdainful tone, facial expressions and continued looks of contempt make it clear…to him and to everyone else. And this makes Dan angry and uncomfortable.

Now, Dan is not the kind of guy to let things simmer…so when I asked him when he planned to talk to her about it, he surprised me. He told me he wasn’t going to.

But here’s the truth. She had the power anyway.

She took up all kinds of space in Dan’s head. Not only did he talk this over with me, but also his wife, his other buddies, his co-workers.

And now he’s thinking of quitting the group altogether.

So who really has the power?

Not Dan. He didn’t have any power at all. Instead, he had his pride. And because he refused to deal with it, all he got was frustration, clenched fists and gritted teeth.

So what is power really?

The true definition of power is our ability to make our own choices.

Sometimes power means having our say…but sometimes it means choosing to let others have theirs.

We make these choices, and by doing so, no matter what we decide, we claim our power.

When is an issue of power really about your pride? How does it play into your decisions with your staff, your board, your boss, your spouse?

I close on a personal note.

This year my new year’s resolution is to let more people into my lane on the road. For those of you who have ever sat in my passenger seat, you know this is a big deal for me.

Why? Because I’m not a good driver. I drive too fast and I cut people off. I want to get to my destination as quickly as possible, I want to have the power on the road.

So now I’m claiming my power in a new way. By making the decision to give it to others.

The funny thing is, up until now, this has always felt like giving up power…as if by giving up a few feet of concrete, I’m somehow letting others win.

But now I’ve come to realize it really doesn’t matter. And now I’m taking on a new kind of power. By making this choice.

For my own sense of peace. For my own happiness. For the good of those around me.

And when that happens, that’s when you know it’s the greatest kind of power of all.

3 thoughts on “The True Definition of Power”