I’m writing this trip in the midst of a visit to the lovely country of Germany.

The whole family is really into it. 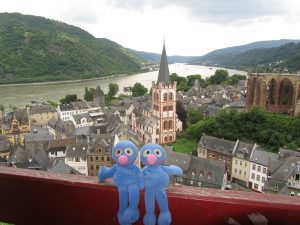 This being said, and despite LOTS of planning, not everything has gone as…planned.

My finest example? Our reservation at a hotel located smack dab in the middle of all the action in Munich. Which didn’t actually have a room for us.

Which then led the super-sheepish woman at the front desk to break the news that we’d need to go to one of their other locations…far away from the action. (And anything.)

If you’ve known me for a long time, you might think you know what came next. A slow, low, angry voice expressing my disappointment as I demanded free parking and a discount.

A serious, intense stare to go with it. 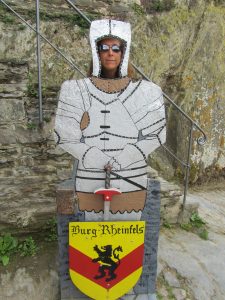 I understand. I’ve been known to have these kinds of reactions in the past.

But this time things were different. While I did express my disappointment, there was no intensity. No anger. Just the facts expressed directly and calmly.

What the heck happened?

Some time ago I decided I wanted more serenity in my life. And so I worked hard (and meditated hard) to get it.

To be honest, I hadn’t even realized how far I’d come until the woman at the front desk said to me: “I’ll do everything I can to help you because you’ve just been so nice.”

And that’s when it hit me. I’d officially changed my factory settings.

You know what factory settings are, yes? The default settings that come with iPhones, cars, televisions…all kinds of devices and trinkets. Font sizes and ring tones and lumbar support are all set up for you.

Until you change them.

We humans have factory settings, too. It may not all happen right at birth, but in our first decade or so we determine that certain things are simply inherent to who we are. Things like our abilities and our belief systems and the way we communicate.

Far too often we think our factory settings are permanent. Sometimes we even use this notion as an excuse to justify our behavior or as a reason to not even bother trying to change.

Behold, a few examples of false declarations of permanent factory settings. See if any ring a bell:

I think you get my point.

It’s not always easy, of course. Heck, changing the radio stations in a new car can be intimidating at first. And we might be tempted to just stick with the setting we know. Even if it doesn’t serve us.

But that’s not really our best option, is it? Instead, we can locate the manual/online article/friend who knows how to do the other thing and figure it out.

There are so many factory settings we can change…we can learn to hit a golf ball, overcome a fear of heights, get comfortable in crowds, learn to read music, become more ambitious about our work, become less obsessive about our bodies.

Get better at communicating with the super-sheepish woman who has to break the news that the hotel reservation has been messed up.

Who, by the way, in addition to the free parking and discount, threw in free breakfast as well. 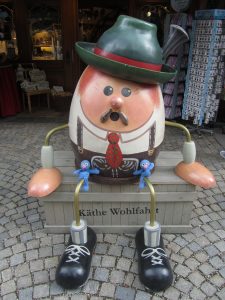 6 thoughts on “The Truth About Your Factory Settings”