So…you may have missed it, but we recently passed through another holiday. 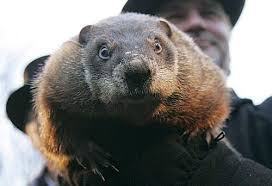 While most of us don’t get too caught up in Groundhog Day, many of us do remember the famous Groundhog Day movie, where Bill Murray plays a guy who relives the same day over and over again. It’s like he’s stuck in a loop of life.

It’s a feeling many of us can relate to. That feeling of being stuck.

And so with the passing of this fine holiday, it seems now just might be the right time for a post on stuck-ness.

For the most part, and in most cases, we aren’t as stuck as we think we are.

I can say this definitively because I’ve learned this soooo many times. (In fact, you may recall a few of them from previous blogs.)

There have been so many incidents, in fact, that I thought it would be helpful to provide a semi-cumulative list here. The list features a wide variety of things we do indeed have a say in…even if we don’t always realize it.

The list is coming in just a sec, so hold tight. I first just want to point out a few reasons we actually choose to believe we’re stuck.

I ask that you free yourself from the above two defenses for the moment, so that you can take a looksee at the following list with an open mind. Ready?

Deirdre’s running list of things we have a choice about…but don’t always think we do:

It comes down to a quote from my beloved Dad (who, to be fair, was actually quoting Lincoln):

“In the final analysis, we are about as happy as we make up our minds to be.”

Because we have choices.

Yes. there are exceptions…there are times where you truly have no choice in the moment. But…just maybe…there aren’t as many as you’ve let yourself believe.

And the rest of the time? In almost any given moment we’ve actually got a ton of choices about how we speak, think, act and feel.

So let’s be mindful of that, yes? And let’s make some good choices.

In the end, that’s when we’ll rejoice in the fact that we really aren’t stuck much at all.

And then we can focus on other things. 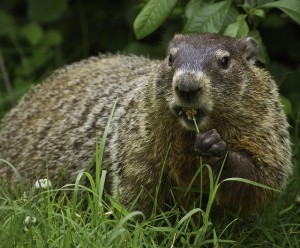 PS – got something to add to the list? Feel free to do so in the comments

PPS – thanks to Alessandro M. for the pic of that first groundhog, and to Shenandoah National Park for the little guy at the end

8 thoughts on “The Truth About Your Stuck-ness”