I had an awkward moment this week.

We’re all prone to them at certain times in our lives. 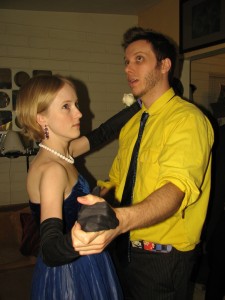 Mine happened while meeting with a potential client who wanted me to provide some trainings for his staff. When he asked me if I knew anything about his company, I knew I had to fess up. So I said:

“Yes, I do. In fact, I was brought in for a training once before. And…well…it didn’t go well.”

“Yes. And actually, I bombed.”

And then I told him the whole story…how I hadn’t asked enough questions about the audience beforehand…how I’d bored them for hours with information that they already knew…how the audience and I clearly hated each other by the end. (I actually left that last part out, but it was true.)

I also told him that, while a HUGE low point in my career, the experience was also critically important. Because I never let it happen again. Because my presentations are so much stronger now as a result.

He chuckled and said, “wow, I’m impressed you told me. That took a lot of guts.”

I almost laughed out loud. Guts? Not really. Wasn’t I just covering my butt in case he found out about the incident elsewhere?

But upon further pondering I realized he was right. After all, I didn’t need to be so honest about it, to be so vulnerable. But I was, because I wanted to go into this professional relationship with absolute transparency, so that I could be who I really am.

And so I decided that yes, I do have guts. And, in fact, having guts encompasses a whole lot more than we think about. They show us who we really are. 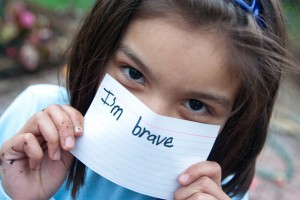 Sure, people show their guts in amazingly grand ways everyday…by persevering through big challenges and climbing to new heights.

But all of us show our guts in smaller, different ways every day.

I invite you to ponder the following list of examples…

What Having Guts Really Means

Having guts means putting out your blog on a Thursday, even though everyone is used to getting it on a Tuesday. And hoping that people will read it anyway.

In the end, really, having guts means having the courage to be the you that you like best. To be the you who you really are.

Sometimes being the real you is as vulnerable as it gets. Because it means by definition that you’re not like everybody else. That you’re different. Sometimes it means showing that you don’t know everything.

And, as a bonus, that’s when others figure out that we’re pretty great, too. Which is what leads to all kinds of new opportunities.

Like returning to the scene of the lowest point in your career so you can kick some major butt. 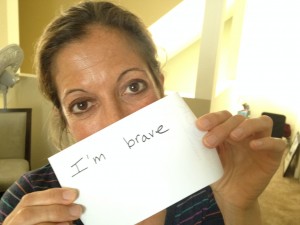 Recognize that you’ve got guts. Figure out how to get some more.

Have the courage to be who you really are.

And make this life count.

PPS – thanks to Matt Mechtley for use of the prom photo and Steven Depolo for the pic of the cute little girl. Oh, and thanks to Hubbie for the picture of me.

14 thoughts on “The Truth Behind Your Guts”