So last week was a Southwest Airlines extravaganza. We began the first of six legs at the start of the week, flying up to northern California for work, then back home to San Diego. Two days later, a presentation brought us to Providence, RI and back (plus a layover each way).

Let me say now that I LOVE Southwest. Such friendly people and such good snacks and that white-wine-in-a-plastic-cup that they somehow make taste so delicious.

And yet, as with any airline, there were a few – shall we say – hiccups throughout the legs. 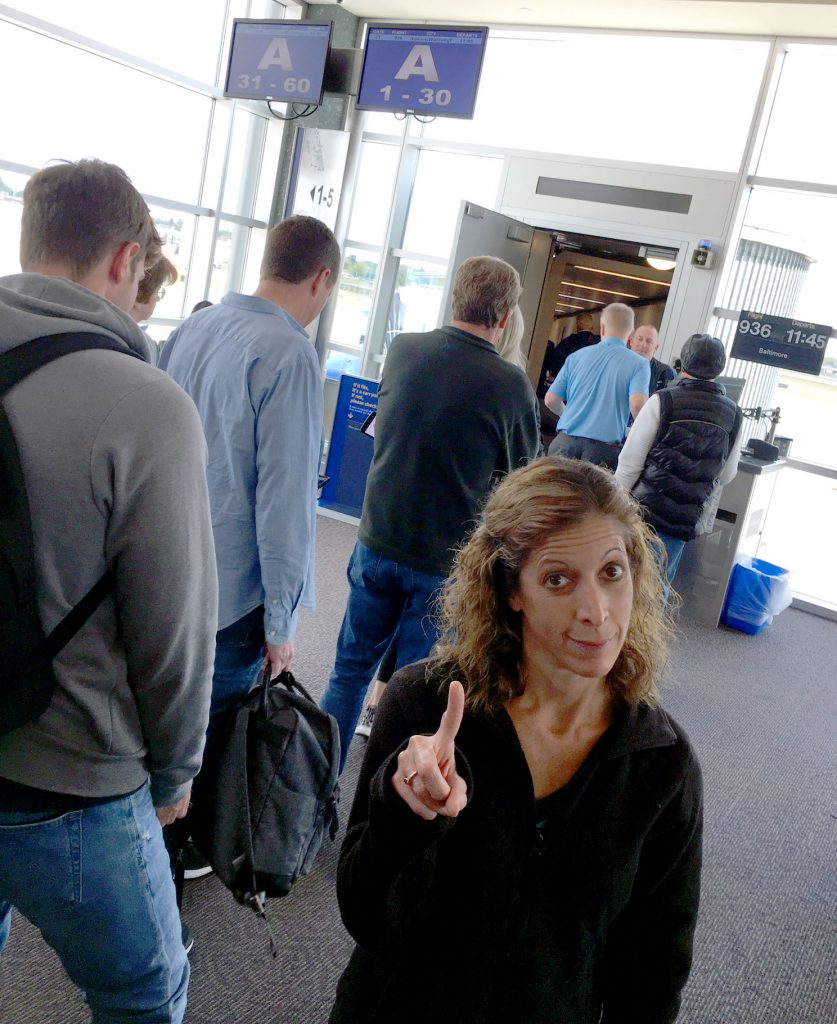 …And there was much, much grumbling.

We all know that traveling can be frustrating. So can everyday life.

Many of these frustrations lead to what I call stub-the-toe-rage…the kind of lightning-bolt anger that comes from something pretty small but feels HUGE, then passes pretty quickly.

And boy, do they make us grumble.

Yet, in these instances and no matter what we tell ourselves, grumbling does nothing for us. There is no need to vent to feel better. Sure, we might feel upset, but grumbling – inside our minds or outside our mouths – isn’t required.

In fact, it just makes things worse. It prolongs our anger unnecessarily, making us behave in ways we’re not proud of later. It creates negative outbursts that impact the people around us. It creates ick in our stomachs and it makes us frowny.

Alas, I have an answer to the grumbling problem…which I began using right around that cab ride on leg three. As I looked at my watch and sighed and knew we’d be running to the gate, the following thought popped into my mind…

This, my dear reader, is the answer to grumbling and all the ick feelings and behaviors that come with it. Recognizing that in a short amount of time – likely that day, and potentially mere minutes from now – whatever we’re grumbling about won’t mean anything. At all.

I found that this little phrase didn’t just get me through the trip, but has also come in handy in the week since I first found it. Some examples:

It turns out that this phrase is a real winner for grumbling issues. The kinds of frustrations that, super soon (and usually sooner than we think), just won’t matter…or, at least, won’t matter nearly as much as much as we think they will when they first occur. It has a way of snapping them into perspective, softens that sharp and immediate anger that pops up.

Seriously…try out this handy phrase the next time you find yourself grumbling about a frustrating situation. Remind yourself that in just a few minutes or hours or maybe a day or two, this won’t matter. Not even a little bit.

And give Southwest a break. They really are great. And sometimes that pesky internet has a way of going out all by itself.

Plus, when it does, there’s always that white-wine-in-a-plastic-cup to make it all better. 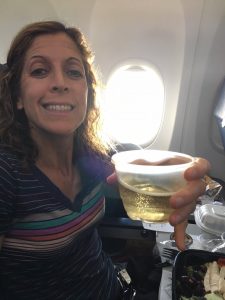 7 thoughts on “The Unexpected Lesson from Six Legs on Southwest”