Today’s post is a bit different. It’s a somewhat intense tale. Get ready. And please don’t judge me.

It begins after a good dose of  “you can do it Deirdre!” pep talks, when I signed up for a race/hike up a big, fat mountain in the big, dry, lunar-landscaped desert known as Anza Borrego.

That morning, we were raring to go as the race began. 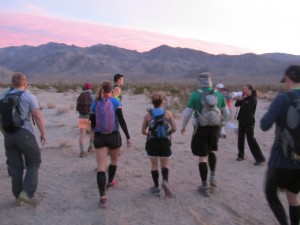 [Note: I’m the little one in the middle]

Now, a bit of background. Villager Peak is 15 miles round trip. With the exception of some pink ribbons laid out along the way, there’s no trail. And on the list of recommended supplies? Pliers to pull out all those cactus needles.

Nevertheless, I was excited. I was prepared and had a great partner (who I needed, as a sense of direction is not my strength, and silence can be my enemy). 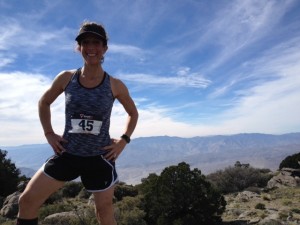 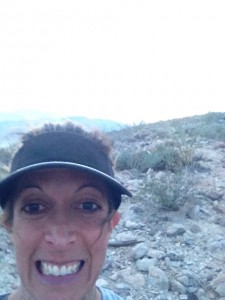 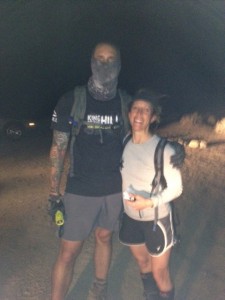 All told, I was on the mountain for 12 hours. Once I got down and decompressed, the life lessons from this tale came quickly. Here are a few:

Enjoy yourself. Enjoy the silence. Enjoy others.

And recognize that sometimes the greatest lessons come when you get lost along the way.

20 thoughts on “Things You Learn When You’re Lost On a Big, Fat Mountain”