I’ve wanted to write about it for a while, but, frankly, haven’t quite been able to figure out how to do it. Recently, though, I thought I was getting close.

It all came to a head when a buddy of mine finally got me to give rock climbing a try. It was at one of those indoor climbing jobbies that are hot right now.

Pretty soon I found out they could do this because they weren’t going to fall. The system is super safe, leaving the climbers to clamber to the top…then let go…and take a nice, easy smooth ride down.

I thought this would be when I mastered it. Which is why I had Hubbie take a pic when I get to the top, just before the “letting go” part. 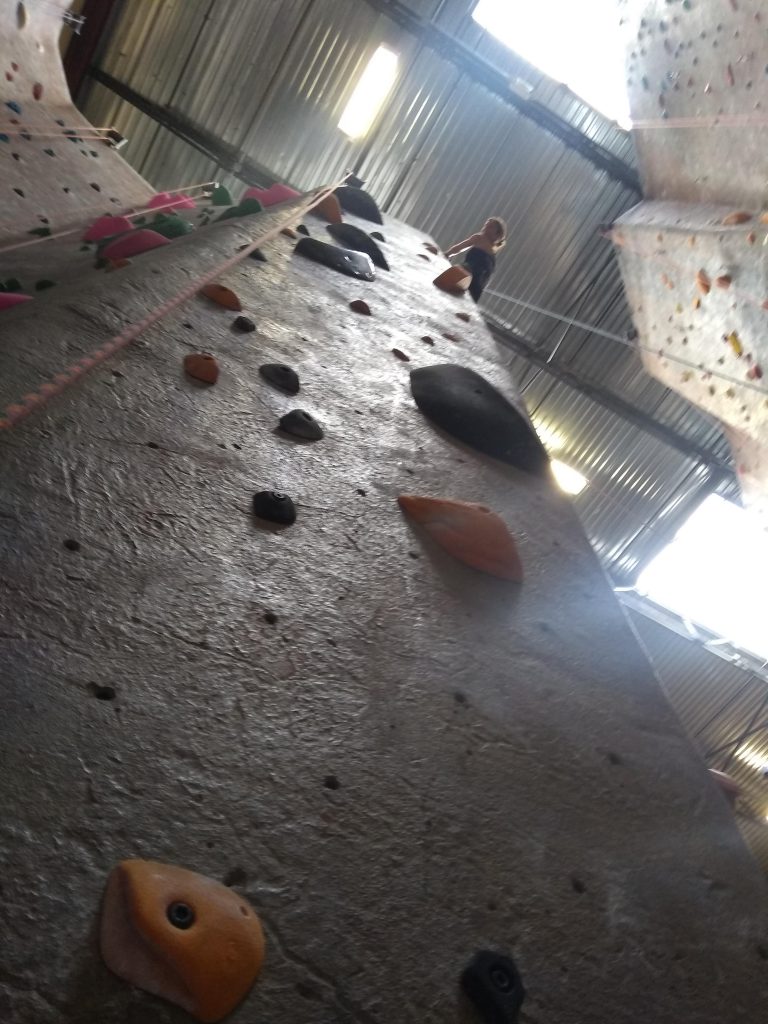 And then? I didn’t let go. Not exactly.

Instead, my fears amped up. I kept thinking about how much it would hurt to fall (to land, actually).

So I stayed right there. 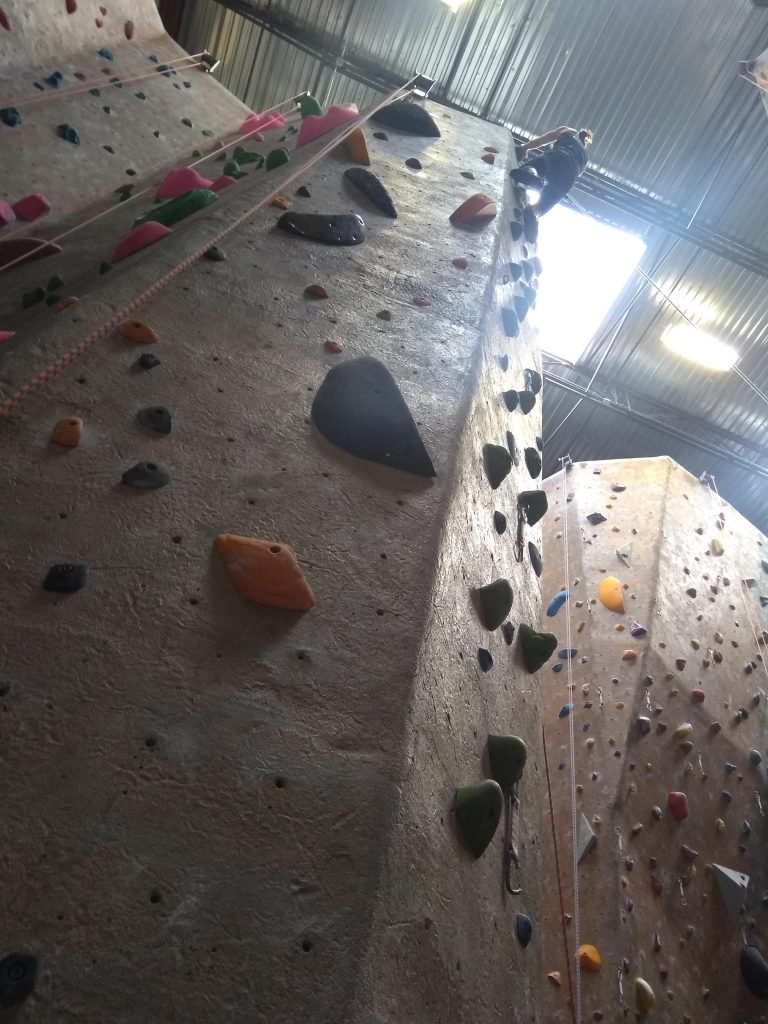 “Just let go!” they yelled from the bottom. What they meant was…release my hands and lie back and relax and enjoy the ride down.

Not so much. After a while, though, and super slowly, a finger at a time, I did eventually let go of the wall. And then, still tightened up, I yelled “do you have me???” about 150 times to my belaying buddy as I came down.

So this experience taught me that letting go is not my thing. But it also taught me what is my thing.

Allow me to explain the difference.

Letting something go means trying to get things to go away. Out of our minds. We work to get rid of things like fears and memories and situations beyond our control…to stop thinking and caring about them. To stop giving them power.

The problem is that letting things go is SO friggin’ hard. Sometimes if feels impossible. Sometimes it doesn’t even make sense.

Even when we tell ourselves – promise ourselves – we’re letting something go, it may not be feasible just then. And then, when the thing creeps back into our heads with a vengeance, taking even more power, we don’t just suffer…we feel like we’ve failed to boot.

Now, letting something be, on the other hand, means you allow something you can’t control (and probably don’t like) to co-exist with you. Once you have done what you can do, once you have worked something through as best you can, you decide to let it be what it needs to be.

When you say the words “I’m going to let this be”, you’re making a choice and so you have the power. Even if it’s still hard, by being the one to decide to co-exist with it, the thing doesn’t own you anymore.

There are actually three ways to let things be. I present them now.

We try hard to let go of memories and mistakes from the past. To push them out forever.

The thing is, no matter what we do, how many apologies we make, how many letters we write and burn, the thing might not go away. So we can let it be…let it co-exist as part of our past without getting all wrapped up in it over and over again. It’s our choice.

Chances are there are things going on right now that you can’t control.  Perhaps you’ve got an injury or other health issue. Perhaps your last haircut was way too short. I think it’s safe to say none of us love the way politics are going right now.

We can do what we can to make things better, and then we can choose to let them be what they are. Even if we don’t like them, we can acknowledge and allow their existence while forging our own path at the same time. It’s our choice.

Wondering what the future will be? What that test result will be? How that interview will turn out?

We all do! Instead of pointlessly struggling to wipe it from our heads, we can let it be what it will be. We can do our best towards a desired outcome and we can wonder and even be scared. But we can also say “I’m going to let this be what it will be”. It’s our choice.

Letting things be may not always be easy…but it’s often easier, more feasible, and way more effective than trying to let things go.

Just try saying the words and see how freeing and powerful they can be.

This is what I figured out as I went back up and down that wall a few more times. In the end, I couldn’t let my fears go, but I could let them be. I could clamber up there despite them.

Heck, I could even get a chat in with one of those spidey monsters. 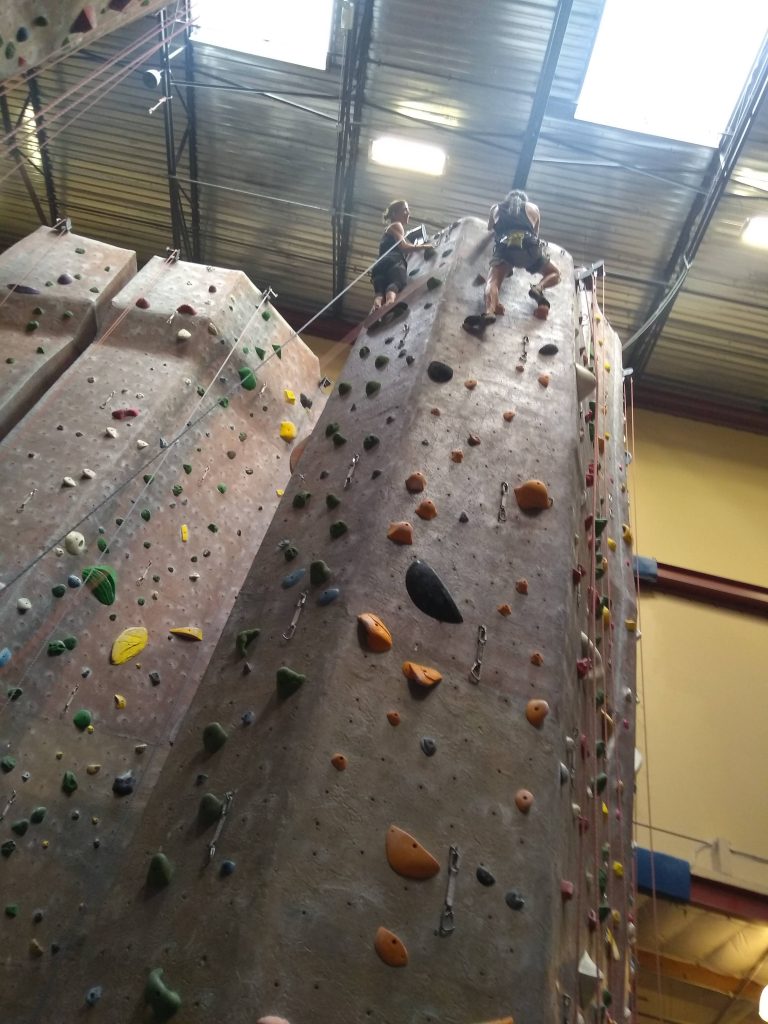 And then, later on, I could write this post…hoping you would like it, but letting it be what it will be.