Just when I thought I couldn’t learn any more humility after my recent shenanigans (see my last post for just one example), another humbling lesson came my way this week.

I was asked to give a few opening keynote remarks at an evening conference. The coordinator wasn’t looking for some long, sweeping speech. Instead, a few words of inspiration would do.

The hope was to get people energized, to create excitement…and to avoid starting the conference off with a bored, sleepy crowd. 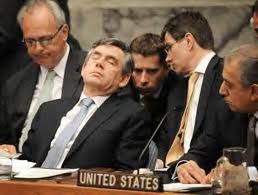 The plan was for dinner to begin at 6pm, with my keynote to come at about 6:10pm. She would then close with a few notes about the event. The whole thing would be neatly wrapped up by 6:30, in time for the first session.

When 6:10 came and nobody was seated, the coordinator began to panic. We finally got started at about 6:15 with her remarks, and then I stepped up to the podium.

Seven minutes or so later I was done and I stepped back down.

As the woman came back to the microphone she was beaming.

I was sure, of course, that she was basking in the light left by my inspiring, dynamic words. I waited for her to comment on the energy and excitement I’d created.

I told myself to be humble, just like all of those who’d come before me.

And then, with a huge grin and appearing a bit flushed, she said:

Not exactly the words I was expecting, but they turned out to be just as powerful.

Because they revealed, in all of their simplicity, what really matters to people.

She wanted me to respect everyone’s time.

(The lesson doesn’t end here…a few more nuggets await you if you stick with me.)

We often labor over things we think matter to people…the words we write and the things we say and the materials we create.

And we often should. Because it matters.

But what we don’t think about is something else that matters just as much.

We must respect their time.

What does this mean?

Time is precious. It seems more and more we love to talk about how busy we are, how our work weeks have expanded to the very popular figure of 80 hours (am I the only one who is sick of hearing this statement, by the way?).

This perception is the reality for many of us. Whether or not we should allow our lives to be jammed up and speeding by isn’t the point of this post.

Great leaders respect the time of others because they know how much it matters. They know that when they treat people in this way, they actually stand out…because so many people don’t do it.

Instead, many focus on what they need without asking if it’s the right time…and then go on too long about it.

It’s enough to make us wish we were kids again, just so we could say what’s on our mind. 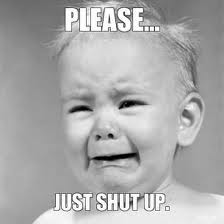 Two more examples from my little conference trip this week:

I felt respected. And I made my plane. And I will use them again.

I felt respected, and got some work done before the flight. And I will visit them again.

When we respect people’s time they will…

My break-out session after the little keynote was packed.

Perhaps because I inspired.

Perhaps because I created energy.

And…definitely…because the participants knew I wouldn’t waste their time.

And, perhaps, that’s what mattered most in the end.

Think about how you feel when you’re time is respected.

Think about how you can do it more for others.

Do it. And get ready to stand out.

6 thoughts on “What People Really Want From You”