So last week saw the Maloneys taking part in a ritual that most of us – even in the best of circumstances – hate. I mean really, really hate.

We moved. Which meant that, for a loooong time, our former living room looked like this: 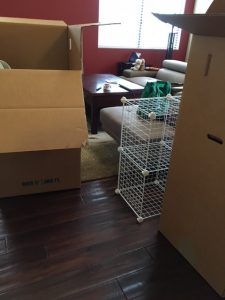 As if the move itself wasn’t enough of a…challenge, a few extra (stupid*) things happened along the way. Things I had absolutely no control over.

The good news? By the end, I figured out the single best way to handle these kinds of things.

I present the tale to you now, in three short acts.

(*I use this word because I trust you’ll be with me on its intent, that this is about things, not people. And, if you’ve been in any of these situations, I trust you’ll agree that the word is rather appropriate.)

Act I: The (Stupid) Things Happen

Let’s get right to these little incidents, shall we?

Stupid Thing #1:   The new floor that was supposed to be put into the new place…wasn’t. The estimated date of said new floor? TBD. Which means our life, until further notice, will continue to look like this: 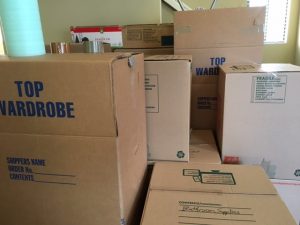 Stupid Thing #2: I messed up my ankle during an unfortunate treadmill incident right before the big weekend. Which meant, throughout the packing and moving stages, I had to take several breaks, get out the ice (or, to be more accurate, the bag of frozen veggies), and do this: 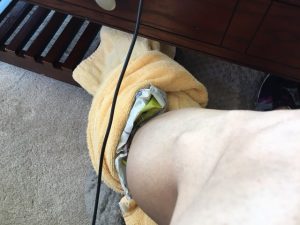 Stupid Thing #3: It turned out my ankle wasn’t the only thing that went bust. Behold, our TV upon its arrival at our new pad: 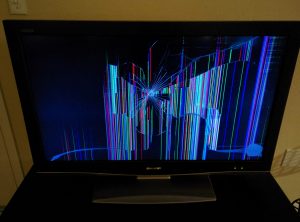 These three things had a common theme. We couldn’t do anything to change them. We couldn’t go back. We couldn’t undo them. Sure I do wish I had dealt with moving companies in dallas so that at least my TV would have been insured, but heck, you live you learn.

It’s not a good feeling, this sense of a lack of control that occurs when (stupid) things happen to us.

How bad can that feeling get? Read on.

You know the feeling I’m talking about.

That moment when something so frustrating happens that – in a flash – you feel the heat zip up your neck and into your face…you feel yourself losing your ability to communicate with any level of rationality. Or civility.

Yep, that was me.

And, since I couldn’t put my angry energy into undoing any of these (stupid) things, I decided to use it to plunge headfirst into fixing them.

I was just too emotionally raw and, it turned out, in no head space to deal with any of it effectively.

And what’s a girl to do then? Read on.

Act III: The Revelation on How to Deal with the (Stupid) Things

Out of my own emotional desperation, I did the one thing I could think of. It worked like such a charm that I thought I should let you in on it.

That best thing to do when something (stupid) happens?

When something super-frustrating happens to you, something that doesn’t require your immediate attention (which probably won’t help anyway based on your state of mind) the best thing you can do about it is…nothing. At least for a little while.

Free yourself from those first few moments of rage by distracting yourself.

Move to another project. Go for a walk. Check Facebook. Call a friend. Check out your favorite recipes, amazon products, forums about digital technology or self-riding lawnmowers.

Get away from the (stupid) thing for 20 minutes and, I promise you, that super-hot initial rage will dissipate. You’ll still be frustrated when you return, yes, but you won’t be so irate. Which will make you better at dealing with it.

Now, there are a few rules:

So there you have it. My tale of woe which, I did finally realize, wasn’t all that woeful. It just felt that way until I got some space.

And let my ankle heal all on its own. 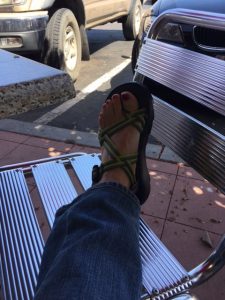