This week’s blog is available in podcast form!  You can listen/download here:

What’s Up With All the Honking?

Want more? Let me know by answering the quick poll at the end of this post. If enough people say “yup” then I’ll keep ’em coming, post some old favorites, and publish them to iTunes.

Now, onto the blog…

Recently I found myself in a new city. I won’t mention it by name, but if you’re curious I will say that it starts with an “F” and rhymes with “Mort Mauderdale”.

Hubbie and I decided to spend our one day there checking out the sites. Our specific mission was to find a new pair of pajama pants (resulting from an unfortunate “I-can’t-believe-you-forgot-to-check-that-drawer-before-we-checked-out” moment upon leaving our previous hotel).

The day was a hot one, as tends to happen in Mort Mauderdale. And we all know that the heat can take its toll on even the best of us. 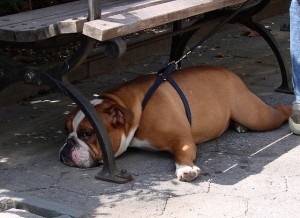 As we came to our first intersection, we watched as two cars turned in the same direction, attempting to merge into the same lane.

Both cars laid on the horn.

At the next block we saw the light turn green, and the lead driver was a bit slow to hit the gas. Which is apparently why the line of cars behind him…

…laid on the horn.

By intersection three we were curious. Would the trend continue? Sure enough, a car blocked the intersection while waiting for traffic to pass, causing a whole bunch of other cars to…

…lay on the horn.

We were puzzled. What was up with all that honking? And what did it say about the city of Mort Mauderdale?

And that’s when we realized that the honking really had nothing to do with the city, or the heat, or even the cars that might have been at fault.

The honking had to do with the drivers who were doing it…the honkers if you will.

Now, to be fair I really can’t judge too harshly on this one. I’ve certainly done my share of honking in this lifetime. Really, we all have. 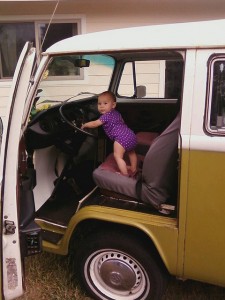 But I also know what honking really is.

Honking is the opportunity to let someone know you’re frustrated or angry, without ever having to face them in person. Honking is a form of passive aggression, and a somewhat cowardly one at that.

Honking is something that feels okay for many of us to do, but feels terribly personal when it happens to us.

Honking may create sound on the outside, but it happens because we’re not too happy inside…and we need a release.

When you look at it this way, honking doesn’t just happen in cars.

…and everything to do with us as honkers.

What it really means is that we ourselves are frustrated or just feel bad in some way. It means that we are desperate to let off a bit of steam, to play the victim, to blame someone else for how we’re feeling.

Sure, sometimes honking is necessary…like when a car drifts into our lane, or when a driver isn’t paying attention. But we’re not talking about that kind of honking.

We’re talking about the bitter, laying-on-the-horn, passive-aggressive kind of honking.

The good news is that when we honk – inside the car or in another way – we’ve got a surefire sign that something is amiss in our lives. Which means we can then set about figuring out what it is and getting our lives back on track.

It’s just up to us as honkers to take notice.

To those who honk:

To those who get honked at:

I tried to remember this during that hot walk in Mort Mauderdale, and it worked. Because in that moment I was not in a honking place myself.

Nor was I later…when our mission was accomplished so successfully. 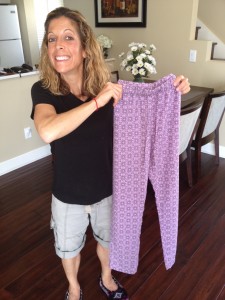 Recognize your honking tendencies – inside and outside of the car.

Figure out what’s really up with your honking.

PS: Special thanks to humboldthead for the baby photo and istolethetv for the pooch pic.

13 thoughts on “What’s Up with All the Honking?”