Recently I needed a favor.

I was working on a new project, and I was stuck. Really stuck. I needed advice on how to “unstick” from someone who’d been there. And I knew who that perfect someone was.

Martha was awesome. She’d done something similar to what I was trying to do and she’d hit it out of the park. She was also smart and nice. The kind of person you’d like to have like you.

The problem? I hardly knew Martha. Or, to be more precise, she hardly knew me. We’d met at an event years ago and hadn’t been in touch since. But I remembered her well and respected her a lot. So I decided to reach out to her.

I didn’t have an email address, but I did find her on social media. So I sent her a very carefully worded message.

I then found her website, which listed her cell phone number. So I left her an even more carefully worded voicemail message.

I decided to try one more time, through the event website Meetup, where I sent her a super-duper, I-swear-I’m-not-creepy message.

Weeks went by without a response.

I was certain that one of two things had happened. 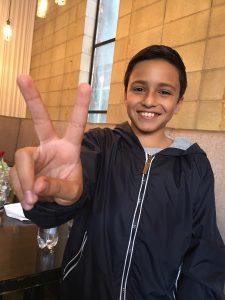 Which led directly to a bit of Deirdre-self-beat-up.

I decided I hadn’t been careful enough. I began to obsess about offending her.  I even wondered if she might be a bit disrespectful herself.

Bam! She called me.

She apologized for the delay, said she’d been out of the country and was breathlessly trying to catch up on her messages. She stayed on the phone for as long as it took to offer me the nuggets of wisdom I was looking for.

Which was great…but there was another nugget of wisdom to be learned as well.

It had to do with those two options I’d been so sure were behind her delay in responding. Turns out, there was another one, for a total of three. 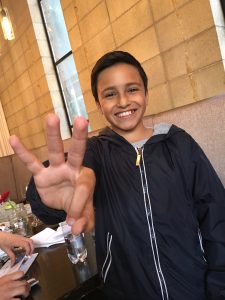 That other option? That my other two were totally, completely wrong.

I realized that, whenever I become absolutely certain I know what’s going on with someone else, especially with limited information, I need to become less certain. To start allowing for the other option…which is that I am simply incorrect. That the answer has to do with something I don’t know yet.

Stay with me. There’s more.

We are all amazing story-tellers. Sometimes those stories just reside in our heads.

We tell ourselves these stories and get all worked up…obsessed, embarrassed, irritated. We get mad at others and ourselves. We waste our energy.

We don’t even entertain the other option. That we’re wrong. Which, fairly often, is the correct one.

Yes, sometimes the options we believe in turn out to be correct. Sometimes people are giving us a signal. Martha could very well have thought I was pesky and demanding, and it was important that I pay attention to her trend of not-responding. Which is why, after my third try, I had decided not to contact her again.

That’s not the point here.

The point is this. As we determine the options related to personal interactions that bewilder or upset us – especially when we don’t have tons of information – it’s best not to jump to only the worst conclusions and use them as an excuse to berate ourselves and others.

After all, there are times when we’ll never know the truth behind an interaction. So why not just allow yourself the option that your assumptions might not be correct? That something else happened here? It certainly would save some energy, not to mention allow you to move on more quickly, right?

So…let’s commit, yes? As of now we will allow at least the possibility of the other option.

In the end, it may very well be the truest one of all. 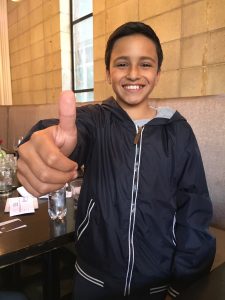 PS: Thanks to Nico and his cool family, who not only allowed me to take and post these pics to emphasize my points, but also let me interrupt their happy hour pizza time to do it. Appreciate it!

PPS: Don’t do this often, but I’m posting a link to an interview that I’m both proud of and just think is important. I’ll warn you that it gets both personal and a bit provocative. Here she is! Deirdre’s personal and possibly provocative interview

11 thoughts on “Why You Must Consider the Other Option”