Well, the days leading into this fine new year had a bit of an unexpected flavor.

I present to you two different scenarios, and invite you to figure out which one is true. 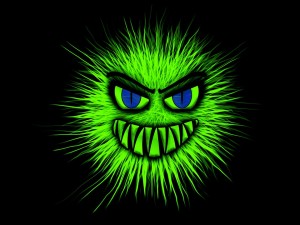 Which scenario is true?

The answer, as you’ve probably figured out by now, is both.

I won’t lie. At first I was solidly looking through the lens of Scenario #1, whining about the fact that I missed out on all of the potential New Year’s fun.

But then, of course, I realized that choosing this lens meant that I was just making myself whiny for no reason…and so I chose to switch my  lens to Scenario #2. (Mostly.)

We choose life lenses all of the time…when we think back to our childhoods, to our toughest lessons, to our greatest triumphs.

The lenses we choose play a big part in determining how happy we are (or not) in the present moment.

Yet, for some reason, we don’t always realize that we have a choice in our lens…instead we think our happiness is based in total on the actions of our lives. Not so.

Yes, I do get that there are times when the incidents of life make it hard to choose a happier lens (I’m also extremely aware that there are lots of worse things out there than Mr. Ick). And I’m certainly not saying we should put up with situations that don’t work for us simply by choosing a cheerier lens.

There are many, many instances – even the unpleasant situations we need to change – when our lens choice makes all of the difference in how we feel at that moment.

Think about it. We don’t think twice about changing the lenses on our cameras in order to get a better outcome.

But for some reason we don’t think to do the same thing with life.

So, as we plow solidly ahead into 2016 I invite you to think about it now…to think about which lens you will use in the coming year.

Which one you will choose in the coming year.

In the end, that’ll make the difference in how it all goes down.

And maybe, in the end, even a visit from Mr. Ick won’t seem so bad. 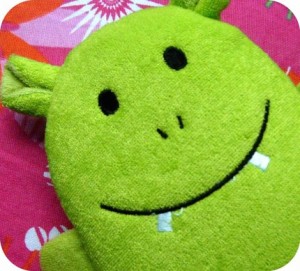 Pay attention to which lens you’re choosing…and make a habit of using the one that makes you happier.

After all, the only happiness you’re missing out on is your own.

PS – Got a topic you want explored on the blog this year? Send a (confidential) email to me and you might just find it featured here in 2016!

PPS – Special thanks to Ann McKelvie for the shot of the photographers and to Mariken for the image of a happier, nicer Mr. Ick.

11 thoughts on “Your Critical Choice for the New Year”